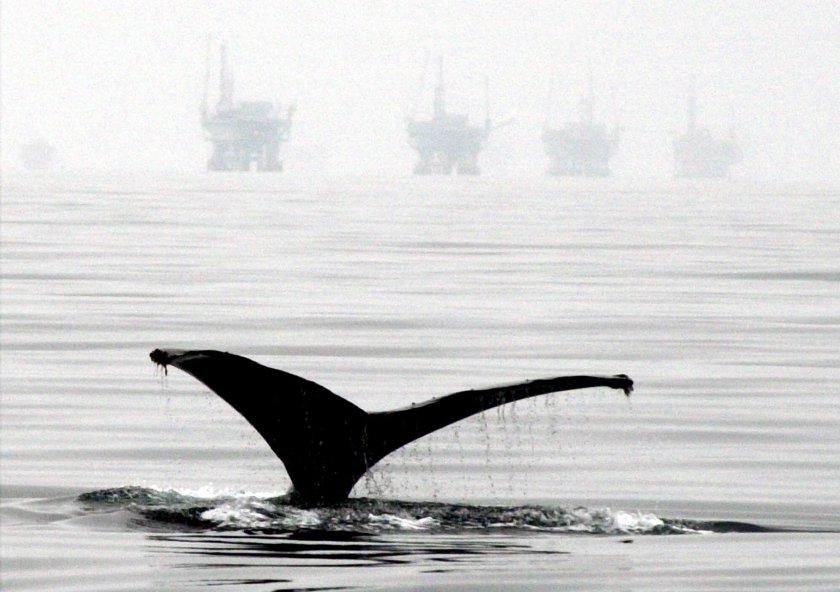 Experts and environmental advocates say this aging infrastructure will likely spark more disasters in the years ahead — as oil companies face an uncertain future, are reluctant to invest in upgrades, and hand off assets to smaller and smaller companies.

LOS ANGELES — Amid a week of horror and heartbreak, outrage and demands for greater accountability, many Californians couldn’t help but question all the other oil platforms that have rusted and churned for decades just a few miles offshore.

Take Platform A, perhaps the most notorious rig of them all: On the morning of Jan. 28, 1969, this looming complex of metal off the Santa Barbara coast had ruptured the seafloor and boiled the sea black. Thousands of birds, drenched in oil, struggled to take flight. Sea otters flailed in the water. The spill became the “environmental shot heard round the world” — galvanizing the nation and forever sealing California’s distaste for offshore drilling.

Now, more than 50 years later, memories may have faded but this platform has not. Platforms A, B and C, along with more than a dozen other rigs, continue to operate — often under questionable oversight and circumstances that would seem shocking to most.

Experts and environmental advocates say this aging infrastructure will likely spark more disasters in the years ahead — as oil companies face an uncertain future, are reluctant to invest in upgrades, and hand off assets to smaller and smaller companies.

While industry officials reject this narrative, the damage unfolding from the Orange County spill — the cause of which has yet to be determined — is a harrowing reminder of what’s at risk when our beaches become fouled with oil.

“How is it that we have the 1969 oil spill and a major environmental revolution, and here we are in 2021 dealing with the same platforms and the same accidents?” said Maggie Hall, senior attorney for the Environmental Defense Center, a nonprofit environmental law firm that was created in response to the 1969 Santa Barbara spill. “Surely we’ve learned our lesson by now. ... Continuing to operate these antiquated platforms poses unacceptable risks to our marine environment — especially at a time when we’re in a climate crisis.”

As California increasingly transitions to cleaner energy, its remaining offshore oil derricks might seem like relics of a fossil fuel age whose days are numbered. Yet these oil rigs are unlikely to be capped and dismantled any time soon. Oil companies have an incentive to keep them operating — in part because the costs of decommissioning are so high — or to offload them to smaller companies.

“Off the coast of California, it’s been interesting because there has been a push for all the small operators to take over,” said David Valentine, a UC Santa Barbara scientist who led major research efforts into the 2010 Deepwater Horizon disaster and 2015 Refugio spill. “So most of the big oil companies left California a long time ago because it is an inhospitable business environment for them ... and the situation or prognosis to me is even worse because [the smaller companies] don’t have the deep pockets to deal with incidents or with decommissioning.”

With little financial or regulatory incentive to shut down these structures, this hodgepodge of lesser-known corporations now operating the majority of platforms and pipelines is seemingly dug-in — eking out the last remaining oil and gas from wells that are past their prime.

These antiquated platforms have continued operating in large part, many say, by a long-held framework that dates to the Outer Continental Shelf Lands Act of 1953: The law essentially allows offshore drilling leases, once granted, to continue in perpetuity so long as the drilling operations continue.

“So basically it’s a waiting game until the leases expire, and they don’t expire until drilling production stops,” Hall said. “And it doesn’t have to be operating at a certain amount. The standard is just: The leases are continued as long as they are operating.”

Ben Oakley, manager of the California Coastal Region for Western States Petroleum Assn., pushed back on the notion that the age of platforms and infrastructure was problematic. Oakley compared California’s decades-old platforms to the Golden Gate Bridge, which dates to 1933. “It’s an old structure but it’s maintained,” Oakley said, arguing the lifespan of pipelines “is forever provided they are maintained properly and the [government] agencies are seeing to it that they are maintained.”

Oakley also pointed out that small owners are subject to the same oversight and rules as corporate giants.

“The standards don’t change,” he said.

According to a 2020 report contracted by the U.S. Bureau of Safety and Environmental Enforcement, it would cost more than $1.6 billion to decommission the 23 platforms in federal waters — which includes capping the wells, dismantling the platforms and pipelines, and disposing of the waste. Overall, that’s a 11.5% increase in cost from the bureau’s 2016 estimate.

These numbers may be an underestimate; Decommissioning Platform Holly, a rig constructed in 1966, is expected to cost $350 million.