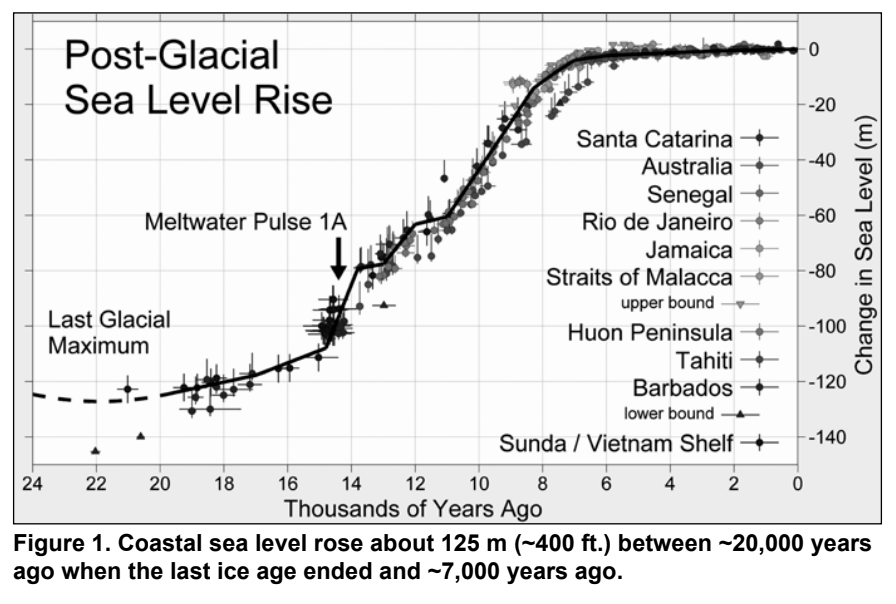 CA - California’s coastal development: Sea level rise and extreme events — where do we go from here?

As sea level continues to rise at an accelerated rate, California’s intensive coastal development and infrastructure is coming under an increasing threat. Whether low-elevation shoreline areas that are subject to flooding at extreme tides and times of storm wave run-up, or construction on eroding bluffs or cliffs, the risks will continue to increase from extreme events but, over the longer term, from continuing sea level rise. Future sea level rise values under different greenhouse gas scenarios have recently been projected and adopted by the state to be used in coastal land use planning and decision making. While beach nourishment can provide very short-term protection, and seawalls and revetments can provide somewhat longer-term protection, they both come with significant costs and also environmental impacts. The era of routine armor emplacement is coming to an end in California, and whether designated as relocation or managed retreat, now is the time to make the difficult decisions on how this will be accomplished and what the trigger points will be to initiate the response.

The coast of California and, indeed, the coastlines of nearly every state and most nations around the world, are facing a wicked challenge that human civilization has never had to deal with before. For the past approximately 7,000 years (virtually the entire period of human civilization), sea level has been nearly constant. In fact, the stabilization of sea level and, therefore, the location of the shoreline about 7,000 years ago, may well have been one of the major factors allowing for the evolution of human civilization (Day et al. 2007).

There are different ideas as to what initiated or led to the transition from our hunter-gatherer ancestors to farmers and permanent settlements, among them the climate changes that took place as the last ice age came to a close and the modern Holocene epoch began (usually dated at about 11,700 years ago). Much of the Earth became warmer and drier, which favored annual plants that died back, but produced seeds (grains) or tubers that could be cultivated, harvested, and stored for later consumption. This was a big step forward for humans (Griggs 2017).
‍

Another concept has been proposed for a connection between the early development of agriculture and the stabilization of sea level. Sea level rose at an average rate of about 12 mm per year or about 1 m per century between about 18,000 and 7,000 years ago. During this roughly 11,000-year period of warming, there were also what are believed to have been melt-water pulses when ice sheets and glaciers retreated very rapidly, increasing the rates of sea level rise (Figure 1).

During these intervals, the oceans were rising at nearly 25 mm a year or 2-3 m per century. In low relief coastal plains or river deltas, a meter of sea level rise could move the shoreline inland thousands of meters or more. As a result, these areas could not have supported permanent agriculture or settlements.