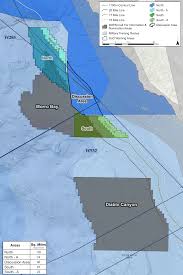 The Bureau of Ocean Energy Management (BOEM) previously launched a Call for Information and Nominations (Call) for three areas off the Californian coast, two of which are offshore the Central Coast (Morro Bay Call Area and Diablo Canyon Call Area), in October 2018.

Throughout 2019 a working group - including BOEM, the US Department of Defense (DoD), the National Oceanic and Atmospheric Administration (NOAA Sanctuaries), the CEC, and state and locally elected representatives - met to discuss a pathway forward for a viable offshore wind industry with minimal conflicts of use and impact.