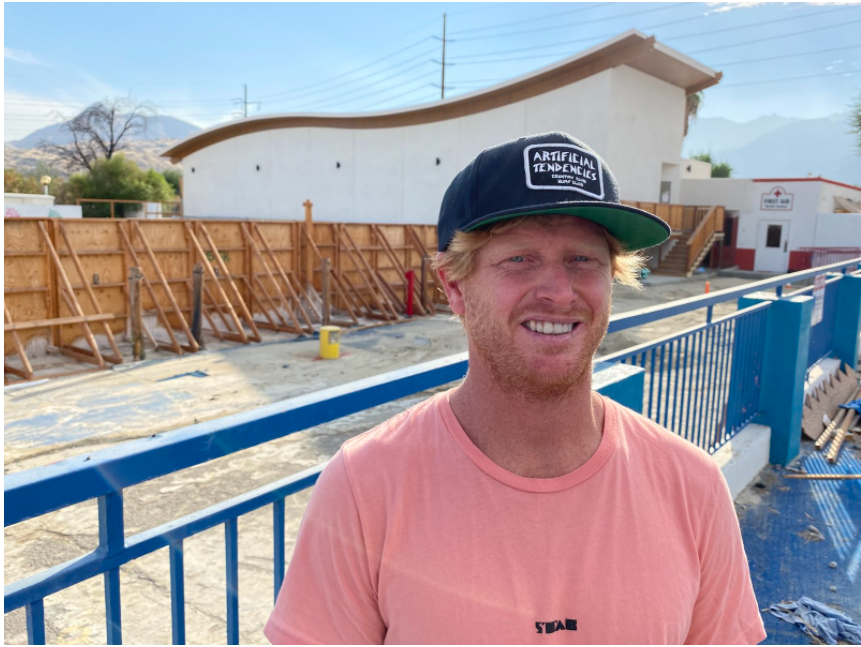 CA - California Desert Could Be Next Surfing Hot Spot

Cries of "cowabunga" will soon ring out in the sprawling desert east of Los Angeles.

Sun, sand, and surfing are hallmarks of Southern California's famous beaches. But, in the not-too-distant future, people who live a lot farther inland will be able to ride the waves.

It's late fall in the desert oasis of Palm Springs. That means a slight breeze and afternoon sun comfortably warming temperatures to the low 80s. While some enjoy the nice weather playing golf or sunbathing, a dedicated crew is hard at work transforming the defunct Wet 'n' Wild water park near the city's airport.

The rusting water slides are getting the boot. The new star will be the wave pool. It'll be longer, deeper, and, most importantly, perfectly curved along the bottom so it can churn out an endless set of beach-quality breakers.

"So I know the tiny little nuances that I need the wave to do to allow me to perform certain maneuvers," says Cheyne Magnusson, the guy whose job it will be to literally make waves. "If you don't know what that looks like or how to perform that maneuver yourself, how do you know how to design it?"

Magnusson grew up on the island of Maui in Hawaii and was a pro surfer by his early 20s. Now, he's more of a businessman. Magnusson is one of the primary backers of the new Palm Springs Surf Club. He also happens to be its "chief hydro officer," a made up title at which even he chuckles.