West Coast
The area on which a new housing development would sit is a mosaic of wetlands and upland habitat. A slough runs through the area connecting it to the bay. (Courtesy of Derell Licht of Citizens Committee to Complete the Refuge/Creative Commons) 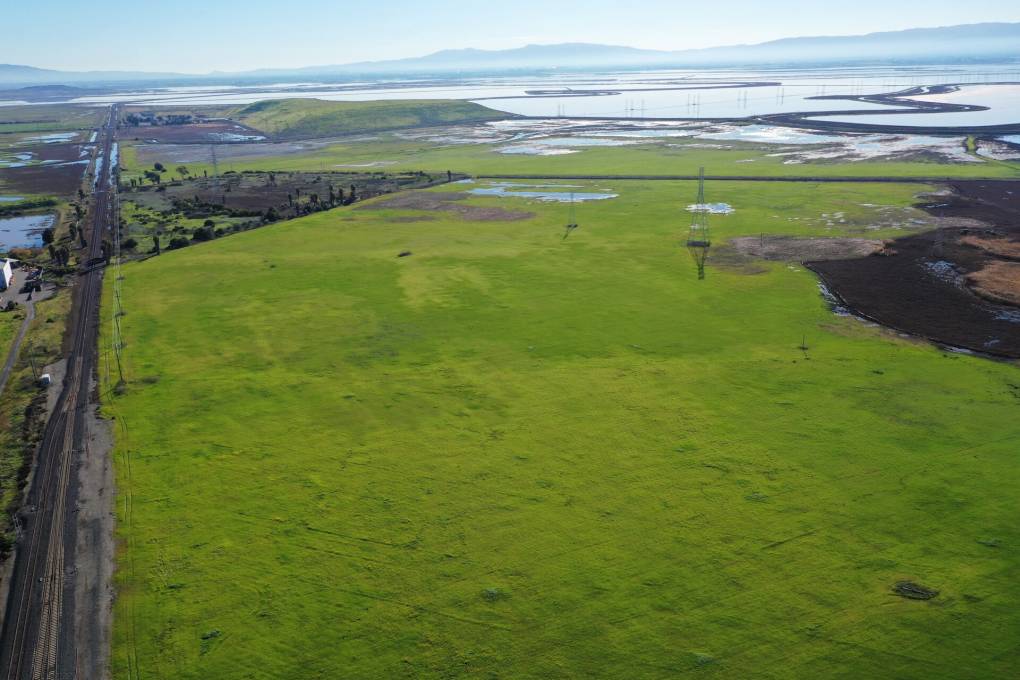 A California district court has sided with the city of Newark and developer The Sobrato Organization in a lawsuit filed by environmental groups who challenged a plan to build hundreds of two-story tract homes along fragile wetlands in Alameda County.

“The City’s potential responses to environmental conditions between 50 and 80 years from now cannot be considered part of the current project,” the ruling said.

Climate models show this area underwater as warming temperatures push bay water higher. After reviewing the state’s latest climate science, the developer and city now plan to raise the homes above projected floodwater levels and limit the project to areas adjacent to the wetland itself.

But scientists have questioned whether the city should build in this upland area, where wetlands would naturally migrate as tides rise, and say it could rob the city of natural flood protections in the future. Environmentalists challenged the project with multiple lawsuits in an effort to strengthen environmental mitigations — or derail the project entirely.

"The range of projections for sea levels by that time are wide and sea levels at different ends of those projections could warrant significantly different responses," the ruling said. "Because the City currently can only dimly guess what measures will be needed to respond to conditions several generations from now, the City was not required to analyze the impacts of the adaptive pathways as part of this project."

Jana Sokale, with The Citizens Committee to Complete the Refuge, one of the environmental groups that sued, said the decision is shortsighted and doesn’t take the threat of rising sea levels seriously. She believes building 3,000-square-foot homes in an area that climate models show could flood puts residents on the front line of climate change and leaves them on the hook for adapting.