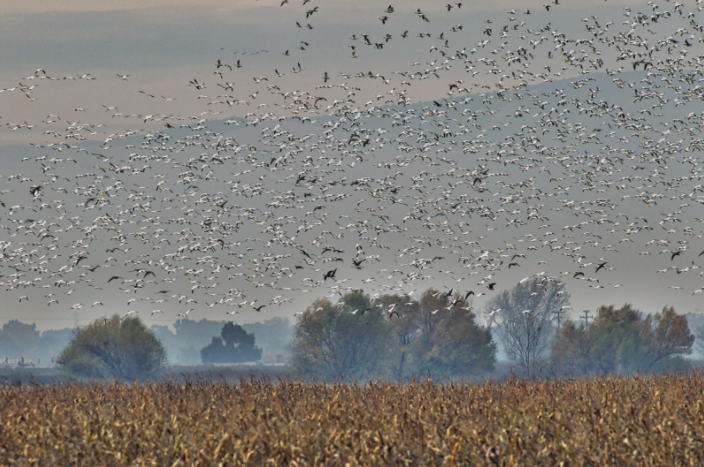 CA - California Commits to Conserving 30 Percent of its Land and Water by 2030. What Does That Mean?

On October 7 California Governor Gavin Newsom ordered the state to create a new California Biodiversity Collaborative and conserve 30 percent of its land and coastal waters by 2030.

Conservationists have celebrated the enshrinement of biodiversity preservation among the state’s priorities, as well as the state aligning with an international “30 by 30” goal shared by the United Nations Convention on Biological Diversity, the International Union for Conservation of Nature, and many of the world’s most prominent conservation scientists.

Now comes the hard part: figuring out which 30 percent of California, and making it clear what it means to truly “conserve” it.

After a summer and fall of record-breaking wildfires and arguments between the state and the Trump Administration about who was to blame for them, many Californians now know that 45 percent of the total land area of the state is owned and managed by the federal government. That includes 15 million acres of Bureau of Land Management land, much of which is held in vast swathes of the eastern deserts and inner coast range; 7.6 million acres of National Park Service land; and 20.8 million acres of US Forest Service land.

If you consider California’s federal land more or less protected — it’s publicly owned and rarely ever sold, though it can be developed for solar energy or used for mining, drilling, grazing, and logging — it shouldn’t be hard to rope off 30 percent of the state by 2030. And that’s not all. California State Parks already manages 1.4 million acres.