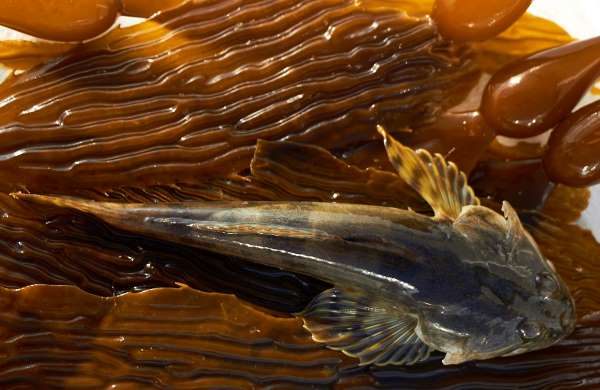 Loss is usually the symptom of a larger problem, study says

—The loss of seagrass habitat caused a dramatic shift in fish species in Morro Bay, according to a recently published paper by Cal Poly researchers. Areas of the bay once covered with lush eelgrass meadows and unique fish species are now home to muddy-seafloor-loving flatfish.

Seagrass meadows were previously common throughout the Morro Bay estuary, according to the study, “Effects of Estuary-Wide Seagrass Loss on Fish Populations,” which was published this spring in the journal Estuaries and Coasts.

“Seagrass, like the eelgrass in Morro Bay, is important because it supports a range of marine life,” said Jennifer O’Leary, who led the research as a California Sea Grant extension specialist based at Cal Poly. “It’s like the trees in a forest — these underwater plants provide food, structure and shelter to many of the marine animals that live in the bay.”

O’Leary is now the Western Indian Ocean coordinator for the Wildlife Conservation Society, a New York-based non-governmental organization working to conserve the world’s largest wild places in over a dozen priority regions.

Underwater seagrass meadows — one of the main habitats in coastal estuaries — represent one of the most biologically productive biomes on the planet. Yet seagrass habitats are being lost at an alarming rate, and their decline now rivals those reported for tropical rainforests, coral reefs and mangroves.