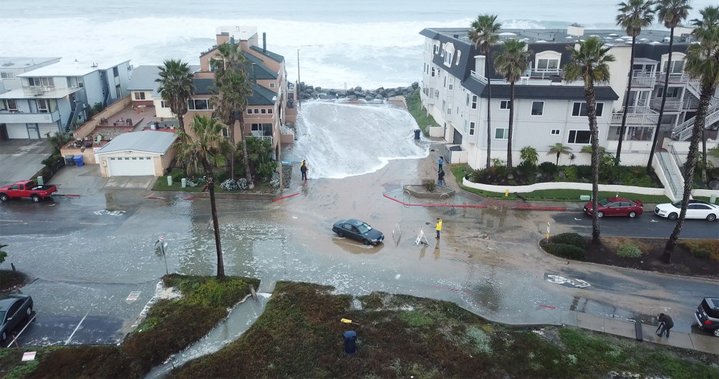 CA - Back Off the Beach and the Rising Sea? No Way, California Cities Say

The view from high up in Del Mar’s 17th Street lifeguard station is a visit-California poster: a sweeping curve of sand, dramatic coastal bluffs, a welcoming sea. What scientists see, though, is somewhat more sobering: the Pacific Ocean as seething menace, a marine battering ram born of climate change that will inexorably claim more and more land and whatever sits upon it.

With rising seas now posing a greater threat to California’s economy than wildfires or severe earthquakes, state authorities are cautioning those who live along some of the Golden State’s famous beaches to do what they’re loath to do: retreat. Turn their backs to the sea and move homes, businesses, schools and critical infrastructure out of harm’s way.

The ocean could rise two to ten feet by 2100, imperiling $150 billion in property, according to state estimates, and erasing two-thirds of California’s beaches. But even in the long history of battles at the beach, pitting the regulatory power of the California Coastal Commission against local governments and homeowners, managing people away from the water is proving especially difficult along most of the state’s shores.

“Very tense,” according to the commission’s executive director, Jack Ainsworth.