West Coast
Commercial vessels sit at the Port of Hueneme on Wednesday, Jan. 6, 2021, as the Army Corps of Engineers dredges material from the main channel with plans to use about 360,000 cubic yards of it to replenish Hueneme Beach. The project is expected be completed in March. ANTHONY PLASCENCIA/THE STAR 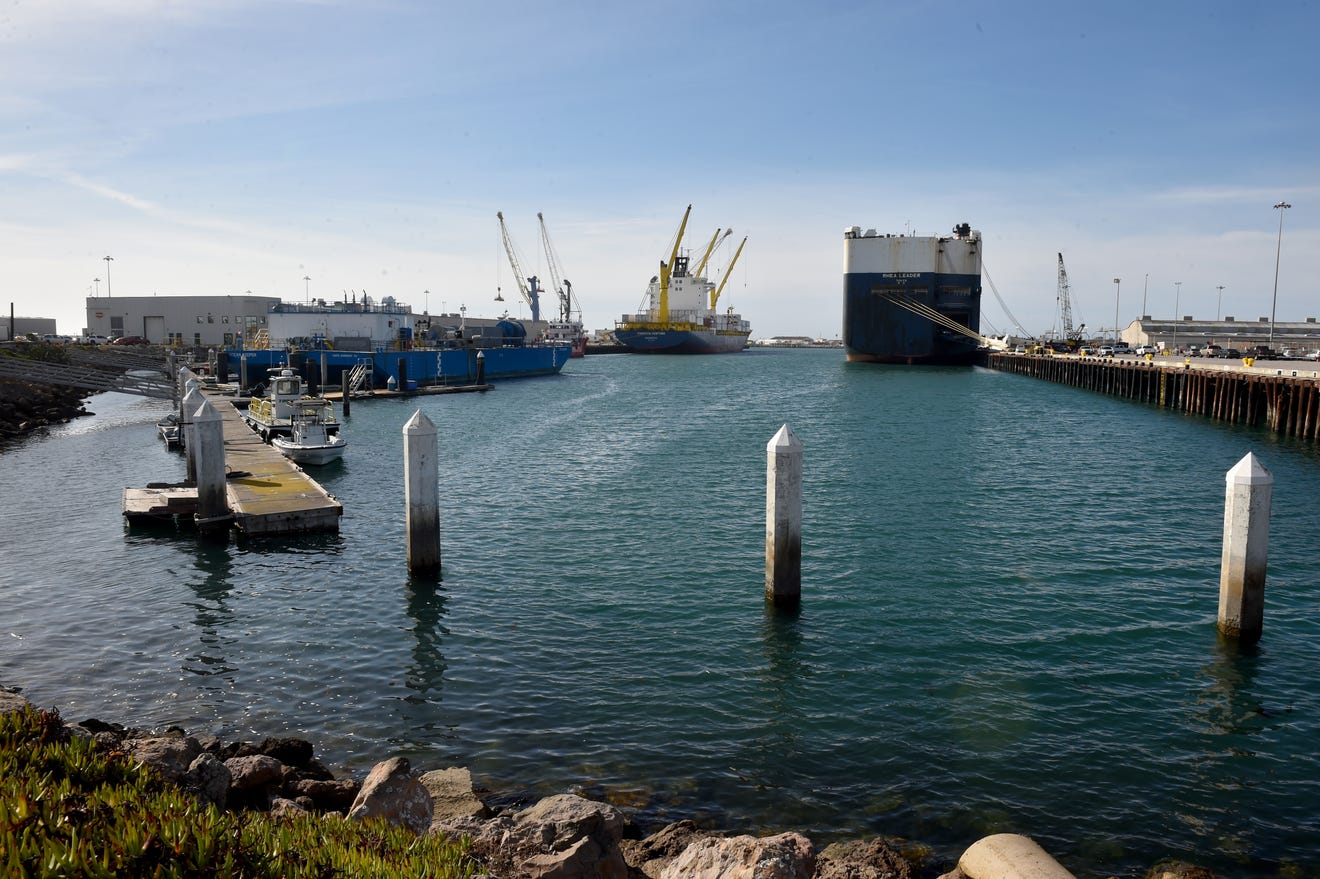 The Army Corps of Engineers this week began a $10.4 million project to dredge the Port of Hueneme's main channel, deepening it from 35 feet to 40 feet to allow cargo ships to deliver larger, heavier loads.

At the channel's current 35-foot depth, cargo ships in general would not be able to carry their maximum loads without having to wait for high tides to allow them to berth, said KJ May, the port's engineering manager.

Deepening the channel to 40 feet by removing 385,000 cubic yards ofsand from its bottom will help alleviate that, he said.

"We'll be able to accommodate larger, heavier loads," he said.

In fiscal year 2019-20, 1.6 million tons of cargo worth $10.9 billion was delivered to the port, which is owned and operated by the Oxnard Harbor District.

The deepening project, planned since 1999, is a companion project to the deepening of two of the port's five berths, which was completed last year, May said.

The berths were also deepened from 35 feet to 40 feet, he said.

Both the harbor channel and the berths need to be the same depth, he said.

"You don't want just the berths to be deep and then the channel is shallow," May said. "What would the point be in that? The ships still need deeper waters to come in."