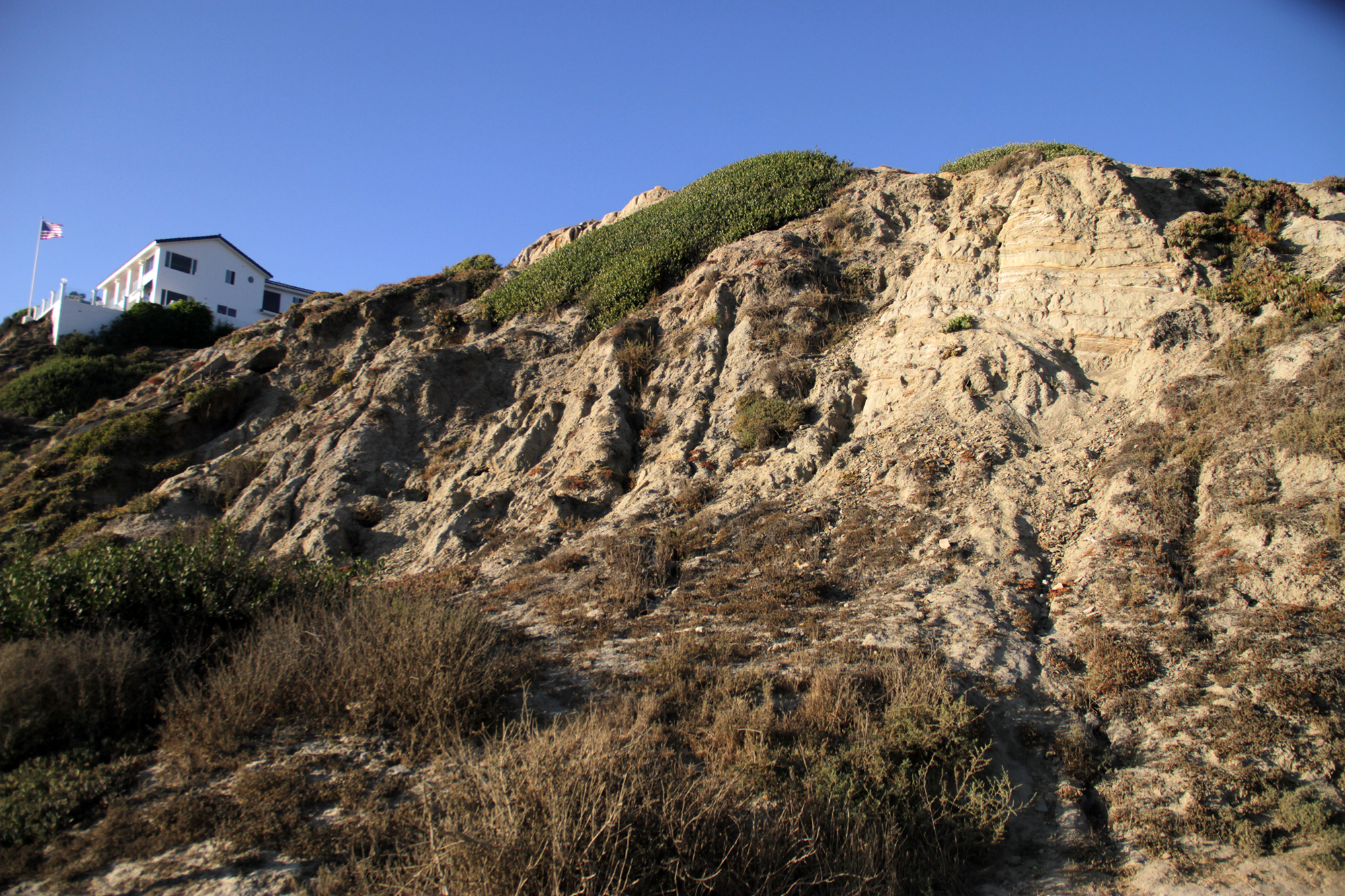 For about the past decade, the bluff property has remained idle. That was until this year, when new property owners submitted plans to the city to construct seven homes.

It was in May 1966 when a landslide destroyed a series of single-family homes that once sat atop a coastal bluff just south of T-Street. A large block had slid on a clay seam roughly 52 feet below the ground surface, causing the destruction of the homes.

In the 50-plus years since the devastating landslide, the lots have sat vacant but not necessarily unused. Over the years, the bluff located at the end of the cul-de-sac on La Rambla has become widely known to locals as a lookout spot and entry point to get to the Beach Trail.

The property has changed hands over the years, with various developers hoping to build new single-family homes. A few had been successful in gaining approval from the city; however, the California Coastal Commission has been a tougher hurdle to clear.

The most recent attempt came in 2010, when five property owners looked to develop homes on as many vacant lots. After receiving city approval, their application went before the CCC in 2011. That application, however, was never completed, according to the commission.

For about the past decade, the bluff property has remained idle. That was until this year, when new property owners submitted plans to the city to construct seven homes.

The proposed homes, according to city filings, are to be three stories and average about 6,077 square feet of living space. The development of the homes would also require the use of stabilization methods by implementing caissons to support the foundation.

City officials have emphasized, though, that the current proposal is in the very early stages of its review process and that it’s subject to environmental challenges, city approval and then, ultimately, CCC approval.

“We are the first step the applicant needs to go through . . . ultimately, this will need to be approved by the city council, and after approval, then it will also need to go through the Coastal Commission process for review,” said City Planner Gabriel Perez.