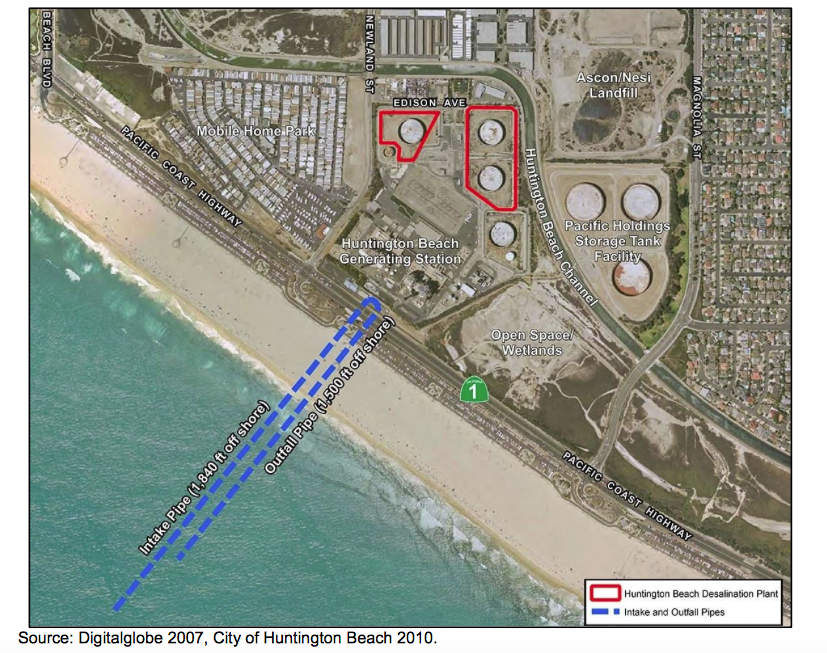 For more than two decades, California’s Orange County has debated whether to build a seaside plant to convert ocean water into drinking water in the hopes of buffering against ever-drier weather and drought

HUNTINGTON BEACH, Calif. -- For more than two decades, California's Orange County has debated whether to build a seaside plant to convert the Pacific Ocean's salt water into drinking water in hopes of buffering against droughts like the one now gripping the nation's most populous state.

Now, the $1.4 billion proposal by Poseidon Water was getting a critical review Thursday by the California Coastal Commission, which is tasked with protecting California's scenic shores.

Poseidon and its supporters, including Gov. Gavin Newsom, contend the Huntington Beach plant will produce 50 million gallons of water a day that are crucial to help weather cutbacks on state and federal water supplies following years of drought. Newsom, a Democrat, recently told the Bay Area News Group editorial board that a denial would be a “big setback” and “we need more tools in the damn tool kit” to address drought.

NOT “Reasonable Use” – Poseidon/OCWD desal plan is Unconstitutional. / Orange Juice Blog / May 11, 2022

“The need for this project is critical and without question,” DJ Moore, an attorney for Poseidon, told the Coastal Commission. “California is at an inflection point on water.”

But environmental groups and the commission's staff, which reviewed the plan, oppose it. They argue it will damage marine life by killing tiny organisms that form the base of the ocean's food web. They also say it's vulnerable to flooding and other hazards. And some in the water industry say the cost of desalinated water is too high and isn't needed in an area with access to cheaper sources.

“The project would kill marine life in about 275 million gallons of seawater per day," Tom Luster, the commission's desalination expert, told the panel.

More than 100 people packed into a hotel meeting room in the Orange County city of Costa Mesa for the long-awaited hearing, which is seen as the last big hurdle to the plant's construction. Supporters wore orange and yellow construction vests and toted signs saying “support desal!” Opponents carried signs reading “No Poseidon” and “Do not $ell our coast" and included a woman who wore a plankton costume and held a sign reading “I am a plankton — please do not kill me!”

California has spent most of the last 15 years in drought conditions. Its normal wet season that runs from late fall to the end of winter was especially dry this year and as a result 95% of the state is classified as in severe drought.