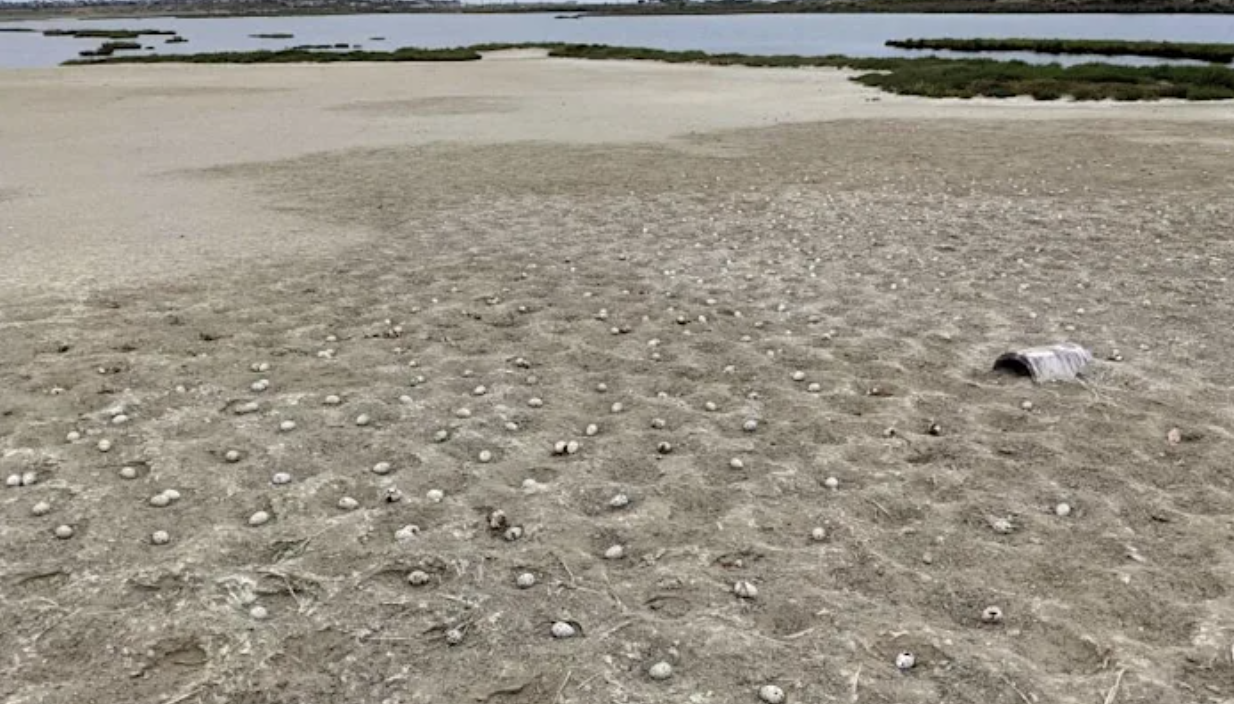 CA - A generation of seabirds was wiped out by a drone in O.C. Scientists fear for their future

Eggs littered the sand, but there was no sign of life around or in them.

Eggs littered the sand, but there was no sign of life around or in them.

The seabirds that should have been keeping watch had taken off, terrified by a drone that crash-landed into their nesting grounds on an island at the Bolsa Chica Ecological Reserve.

“We’ve never seen such devastation here,” said Melissa Loebl, an environmental scientist who manages the Huntington Beach reserve. “This has been really hard for me as a manager.”

Some 3,000 elegant terns fled the reserve after the drone crashed May 12, leaving behind 1,500 to 2,000 eggs, none of them viable. It was the largest egg abandonment that scientists who work there can recall.

As for the birds, which are highly sensitive to perceived threats — nobody is sure what happened to them.

“We actually still don’t know where they are,” Loebl said.

The mass abandonment was the culmination of a year of issues caused by increased traffic to the reserve, which has seen the number of visitors double as the COVID-19 pandemic sent droves of people outdoors. There has been an uptick in bicyclists, who sometimes carve trails off established paths and disturb sensitive areas, and more people have been bringing dogs, which can scare wildlife and leave behind waste. Both are prohibited in the reserve, as they threaten to flush birds off their nests.