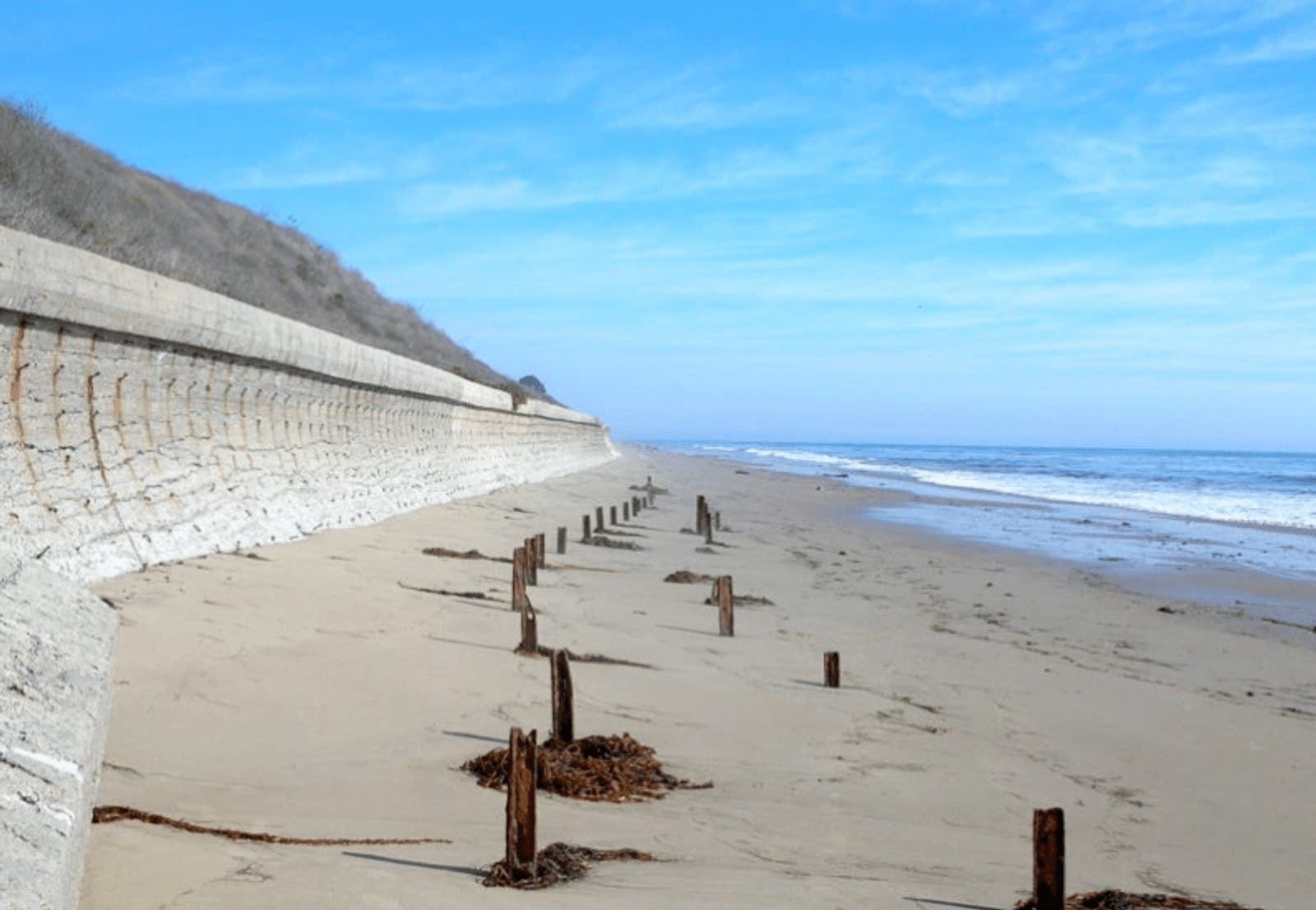 Officials are building barriers to protect homes from rising seas, but the barriers are hastening erosion.

Up and down California, rising seas are threatening seaside property. As of 2018, around 148 miles of the California coast have been fortified with jetties, breakwaters, seawalls, and other hard barriers that safeguard roads, highways, harbors, military bases, and homes.

But such features don’t always protect California’s pristine beaches. When waves reflect off a hard surface, like a sea wall, they wash more sand back out to sea, hastening coastal erosion. Despite this, officials are continuing to build barriers to protect coastal property, often using millions in taxpayer dollars to safeguard waterfront homes at the expense of public beaches.

“There’s a common misperception that sea walls are there to protect the beach, but they’re not,” says Kiersten Patsch, a geomorphologist at California State University Channel Islands. “It’s really an intentional choice of ‘We’re going to sacrifice the beach to protect what’s behind it.’”

The fight over sea walls has its origins in the Coastal Act of 1972. The act obligates the California Coastal Commission to protect beach access, public safety and — critically — “public and private property.” Often, these goals are mutually exclusive. If officials build a sea wall, they may end up sacrificing a public beach to protect the homes beside it. If they decline to build a sea wall, they may surrender the homes to preserve the beach. The conflicting dictates of the Coastal Act of 1972 have led to decades-long legal disputes with activists on one side, property owners on the other and the Coastal Commission caught in the middle.

Some lawmakers are working on what they see to be a win-win scenario. In December, California State Senator Ben Allen introduced legislation, SB-83, that would allow municipalities to obtain low-interest loans to buy coastal properties and rent those properties back to homeowners so as to raise enough money to pay back the loan.