West Coast
HANNAH WALKER MODIFIED A BODY BOARD WITH AN EMBEDDED WATERPROOF SENSOR PACKAGE TO COLLECT DATA ABOUT THE OCEAN’S BATHYMETRY. (PHOTO/COURTESY OF HANNAH WALKER) 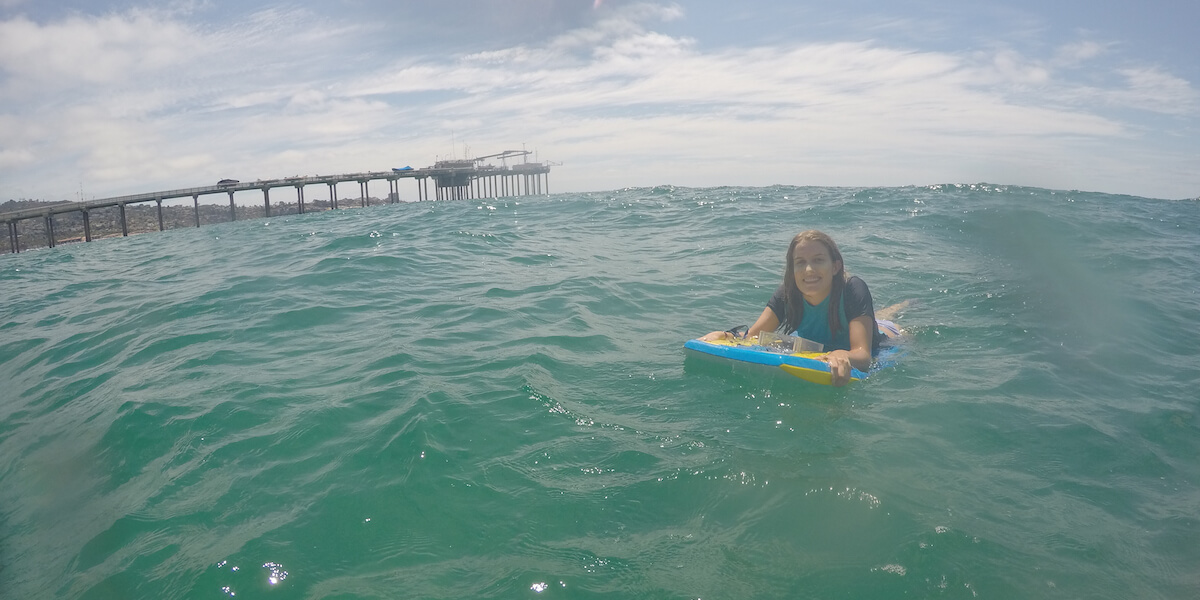 Hannah Walker, a graduating mechanical engineering major and winner of the USC Discovery Scholar Prize, has created a device to inexpensively map the ocean’s underwater topography.

Growing up in Del Mar, Hannah Walker remembers spending blissful summers at the beach. She marveled at the ocean’s power and beauty. From her father, an engineer at the Scripps Institution of Oceanography, the future USC Viterbi mechanical engineering major also gained an appreciation of the ocean’s fragility and the need to protect this precious resource.

Years later, Walker figured out a way to combine her love of study with her love for the sea. As a Trojan sophomore, she emailed Professor Patrick Lynett asking if she could become a researcher for him. Lynett, a professor of civil and environmental engineering with an expertise in tsunamis and other coastal processes, accepted her offer. His challenge: create a device that could inexpensively map the ocean’s underwater topography, or bathymetry.

Over the course of a year and a half, Walker researched, tested and developed two such devices, including a second version that attaches to small boat and autonomously maps out nearshore bathymetry. Her work, which could provide scientists with important information about erosion and other coastal changes, greatly impressed Lynett.