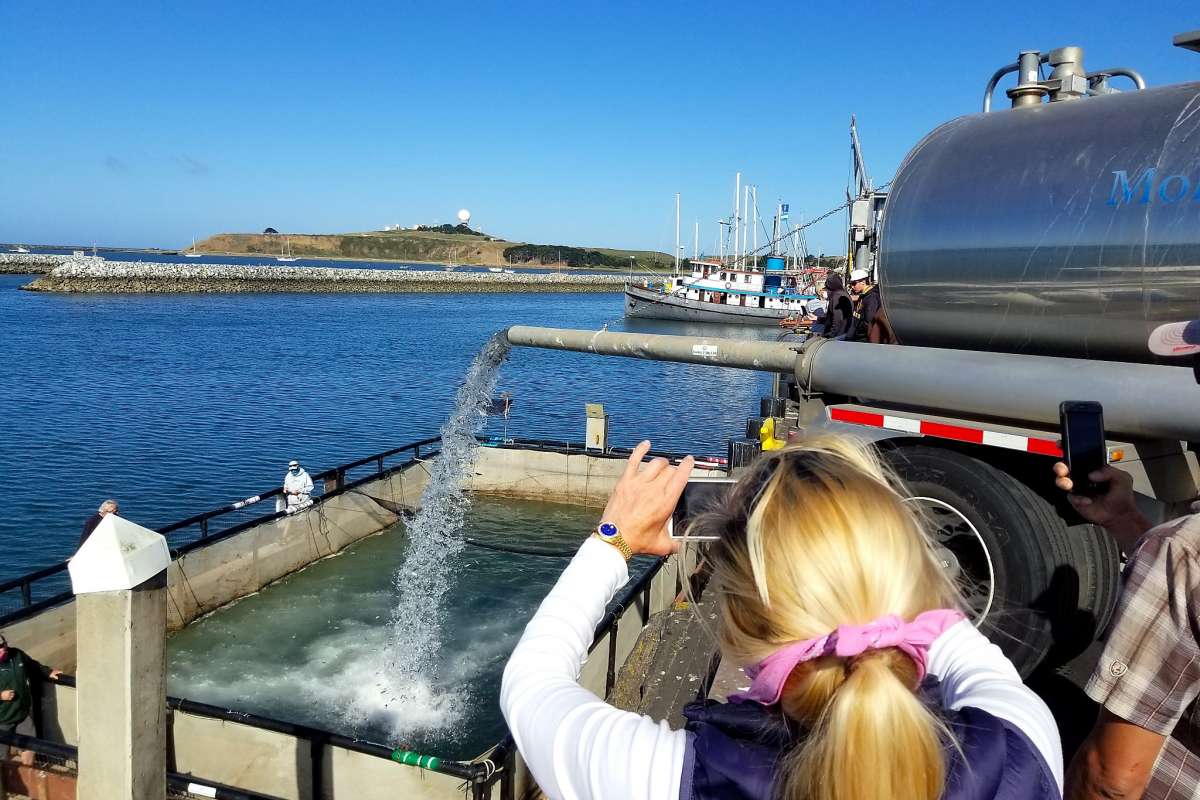 In Half Moon Bay, a volunteer fishing group released 720,000 salmon smolts from pens last week at Pillar Point Harbor, bringing the number of salmon they have released to 4.7 million in the past nine years.

“To be sure, we have made a difference in helping sustain a healthy sport and commercial salmon fishery close to our home ports,” said Doug Laughlin, one the architects of the program with the Coastside Fishing Club.

The net pen program allows the young fish to leapfrog what would be a 250-mile river journey to the ocean, where the salmon would face thousands of water pumps, reverse currents in the Delta, and the chance of poor water quality and a procession of predators, Laughlin said.

Juvenile salmon that are trucked from hatcheries to coastal net pens for release can have about 10 times the survival rates compared to smolts released from hatcheries at the heads of rivers, according to a study with the California Department of Fish and Wildlife. To get that data, the baby salmon are embedded with coded wire to later ID them, CDFW said.