West Coast
Hotels are adapting to the post-COVID world with ways to avoid human contact. via Santa Monica Daily Press 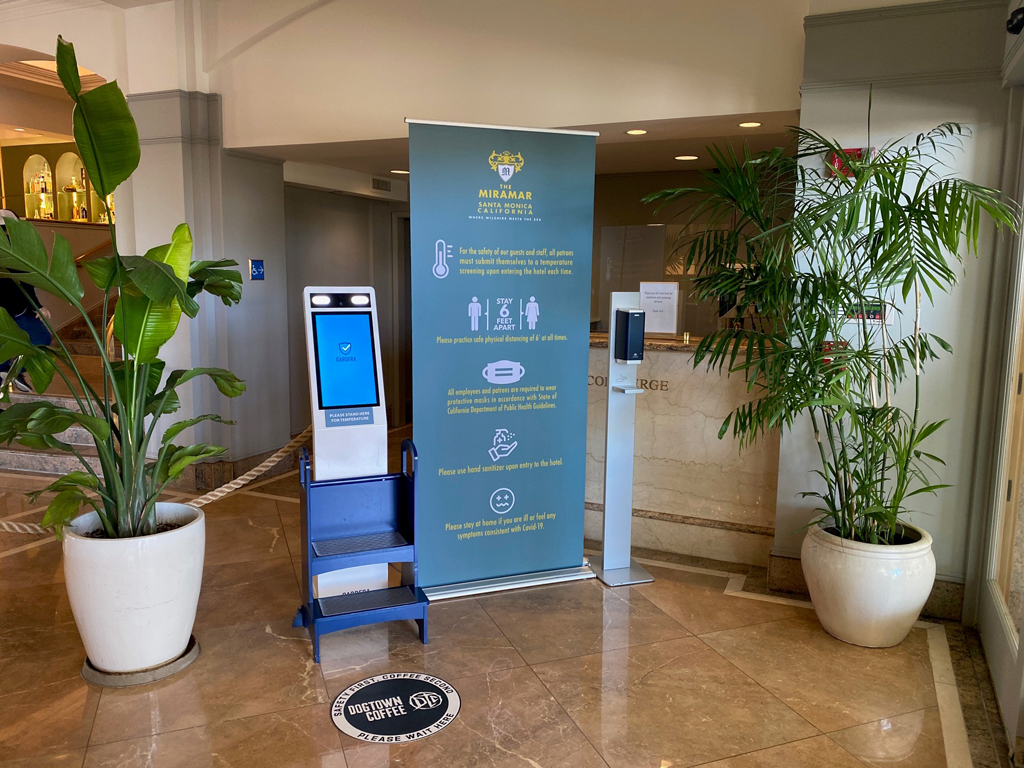 CA - 6 Months Into the Pandemic, Hotels Are Reeling and Reorienting

Hotel occupancy in Santa Monica is down by 48% compared to occupancy in January through July last year, with an economic knock-on slamming hospitality workers, local businesses, and City tax revenues.

Reeling in this wake, hotels are rapidly reorienting to implement stringent safety protocols and market to a new demographic of drive market customers and “staycationers”.

In 2019, 8.4 million visitors came to Santa Monica from outside of L.A. County and supported over 12,000 jobs, spent $1.8 billion at local businesses, and generated $72.1 million in transient occupancy and sales taxes, according to Santa Monica Travel & Tourism. Currently, an estimated 50 percent of Santa Monica’s hospitality workers are out of work and around 160 local businesses have permanently closed.

Despite these hardships, several hotels have been able to hit COVID-safe capacities on recent weekends through strict safety protocols, special offers and robust marketing campaigns. All but two hotels are now fully open and on Aug 22nd hotels hit a recent occupancy high of 67.8 percent.

“We closed the hotel in late March and we reopened in July and it’s been a complete moving target in that time period of what the expectations were, what restrictions were going to be in place, and what was actually in place,” said Sam Jagger, General Manager of the Fairmont Miramar Hotel & Bungalows.

This world famous property has sat on five acres of land overlooking the Pacific Ocean for over one hundred years, but has had to rethink all of its luxury operations from a contactless concierge service to training employees in conveying a welcoming attitude without being able to smile.

The property’s unique bungalows have proven to be one of their greatest assets as they offer an isolated living space that opens to an expansive garden and ocean breezes. The Fairmont’s 297 rooms can operate at a 60 percent capacity due to the 48 hour wait between bookings, which is mandated by the Accor Hotel Group’s ALLSAFE coronavirus protocols.

On the other end of the hospitality spectrum, the Sea Shore Motel located on Main Street has relied on its family run business model to keep its 25 rooms open during the pandemic.

“Half the motels in Santa Monica shut down. They had to because they had to lay off their staff, but by being family we stepped in and survived,” said Sonia Metz, Owner of the Sea Shore Motel. “My nephew, my son, my daughter—we got them involved and showed them how to run the business while they were off school this summer. My brothers and I took a pay cut of half our pay.”