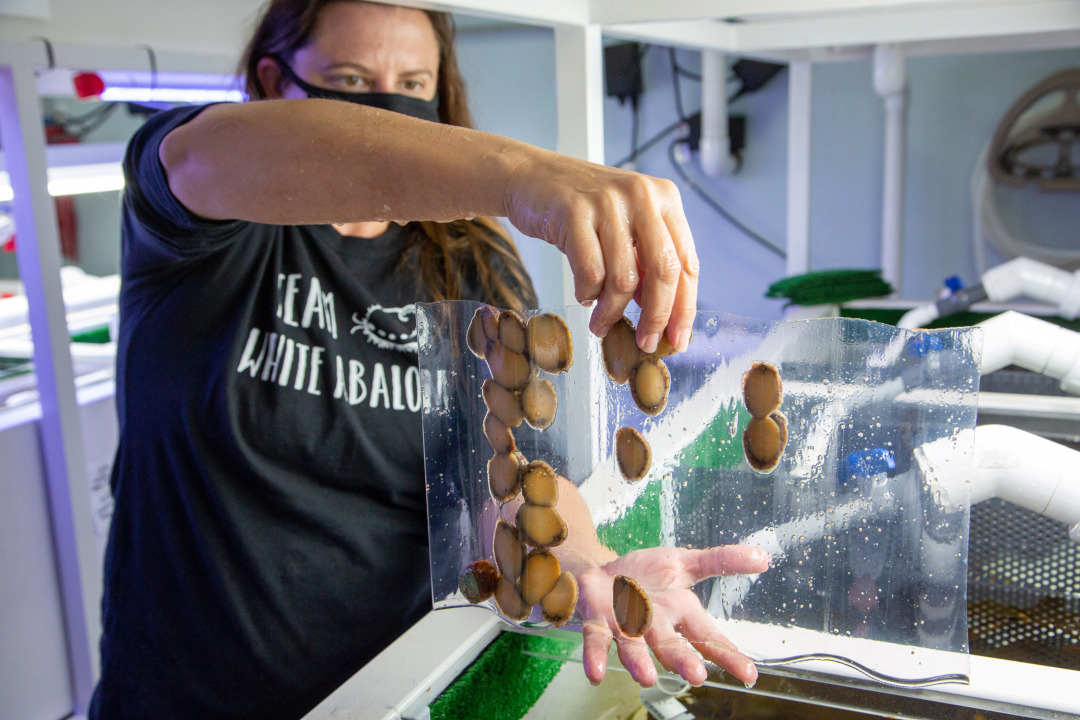 CA - 11,000 baby abalone will be planted off at a secret spot off the Southern California coast

These sea creatures are on quite the California adventure.

The baby white abalone started their lives in the UC Davis Bodega Marine Lab in Northern California. This week they boarded a private plane for a trip south, where they’ll vacation in labs and aquariums, eating buffets of kelp and hanging out to grow just a bit more.

Later, once they are nice and plump they will be put out into the ocean at a super secret hideaway off the South Bay, where they can, hopefully, live happily ever after – growing and thriving and one day creating babies of their own to help the struggling species rebound.

“We worry about poaching, they are desirable,” said Heather Burdick, director of marine operations at The Bay Foundation’s satellite lab in San Pedro. “We just rather not have people know where they are and give them the best chance.”

The latest delivery this week of lab-grown abs, as they are casually called, is a collaboration with The Bay Foundation, the Aquarium of the Pacific in Long Beach and NOAA’s Southwest Fisheries Science Center in San Diego.

An estimated 11,000 baby abalone, a federal endangered species, were delivered by plane on Wednesday, Feb. 24, to airports in Torrance and San Diego, adding to about 900 delivered the previous Friday, and are now settling into their temporary new homes to grow.