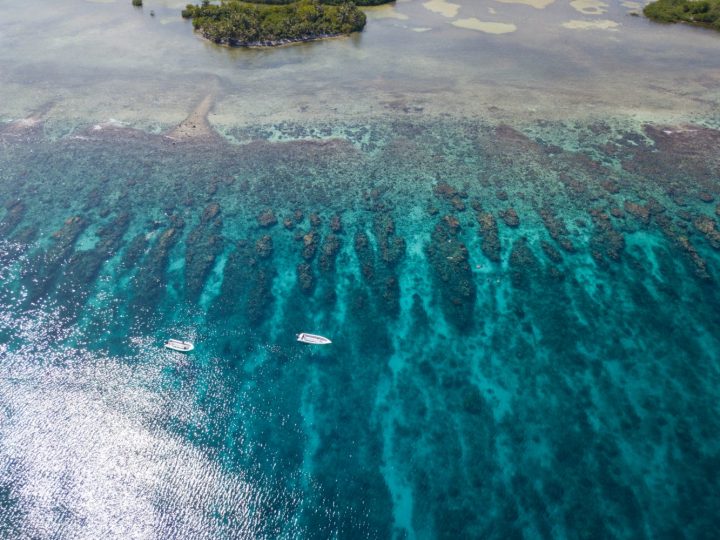 An engineering doctorate graduate student has found that the reduced activity in certain destinations has restored clarity to Belize’s coastal waters, bringing up questions of how to regulate tourism to sustain our natural environment.

The research of Ileana Callejas, currently pursuing her Ph.D. in environmental engineering at the UCLA Samueli School of Engineering, found that the areas that normally have high levels of marine traffic had significantly improved water clarity during Belize’s shutdown while areas with typically low levels of marine traffic had similar water clarity before and during the shutdown.

Callejas used remote sensing technology to quantify how water clarity in Belize had improved without the usual influx of tourists drawn to the Jewel, which she cited as “ironic” in the circumstances. “Belize’s coral reefs bring lots of tourism to the country, but their citizens also have to consider how much travel and development affect the clear water that corals need to survive. Without tourists coming after Belize’s shutdown, there was an opportunity to study how less boat activity affects the clarity of their coastal waters.”

She noted, “The corals need clear water to flourish because light needs to penetrate the corals at the bottom of the water column.” With increased tourism comes boat activity accompanied by the garbage in the water. While turbid waters may not pose a direct threat to human health, the particles can provide food and act as a vector for pathogens. These human activities can lead to “nutrient loading” — a condition that causes a surplus of nutrients such as nitrogen and phosphorus, spurring algal growth that not only lowers water clarity but can also deplete its oxygen levels, which can lead to fish kills.

Callejas conducted the research as an intern at the NASA Jet Propulsion Laboratory (JPL), where she has worked since August 2020.