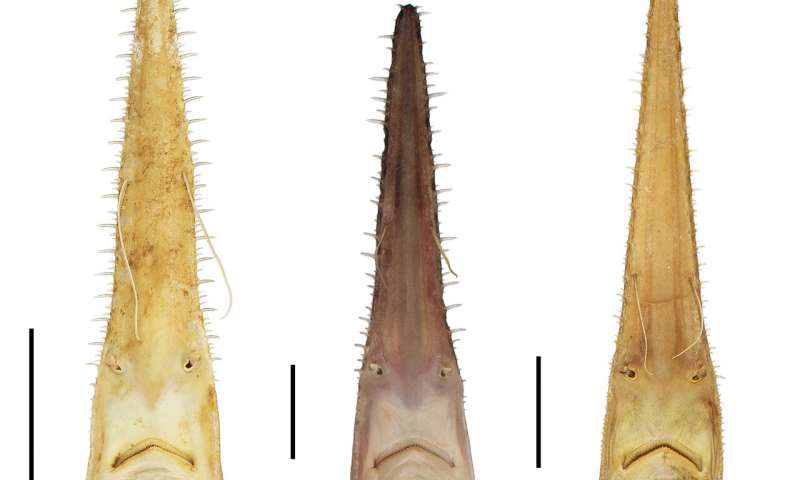 Two new species of sawsharks discovered in the West Indian Ocean reinforces how much we still don't know about life in the ocean and the impact climate change is having on it.

Not one, but TWO new species of the rarely seen six-gilled sawsharks have been found in the West Indian Ocean by an international team of marine scientists.

The newly discovered Pliotrema kajae and Pliotrema annae -- affectionately known as Kaja's and Anna's six-gill sawsharks -- were discovered during research investigating small-scale fisheries operating off the coasts of Madagascar and Zanzibar.

Publishing their findings today in the journal PLOS ONE, the study team say the discovery of two new sharks highlights how little we still know about life in the ocean and the impact we are having on it.