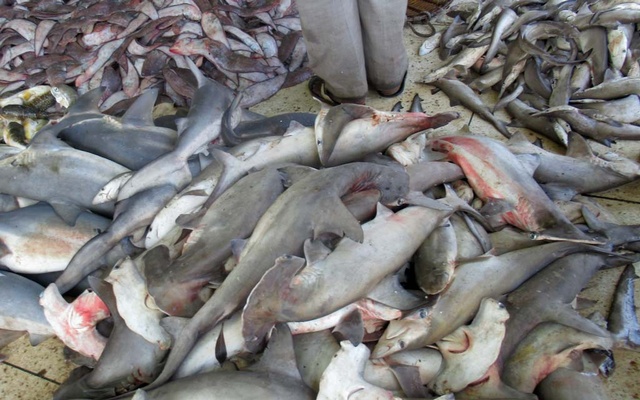 BGD - Poachers on the prowl: Bangladesh moves to save sharks and stingrays

A few years ago, fishermen along Bangladesh’s coasts caught sharks and stingrays only when the fish were stuck in nets. With time, their commercial value has grown. Now poachers are competing to catch these sea creatures.

he trend of poaching the fish has risen over the past couple of years due to the high prices of their fins, gill plates and skins in the international market.

The Ministry of Environment, Forest and Climate Change last month listed nine genera and 52 species of shark and stingray as endangered aquatic life by amending the Wildlife (Conservation and Security) Act, a move hailed as a significant step towards saving them.

Mollah Rezaul Karim, conservator of forests at Wildlife and Nature Conservation Circle at the Forest Department, said the update of the list is based on the government’s international, regional and constitutional commitment to conserve marine life in peril and their habitat.

The government also took advice from national and international experts and technical assistance from the Wildlife Conservation Society or WCS, while the Pew Charitable Trust’s global shark conservation project helped amend the law.

Experts believe the Forest Department and law-enforcement agencies will play an active role in protecting the imperilled aquatic creatures included in the revised list, while the amended law will benefit the local fishermen by systematically facilitating sustainable acquisition of fish that are not at risk.