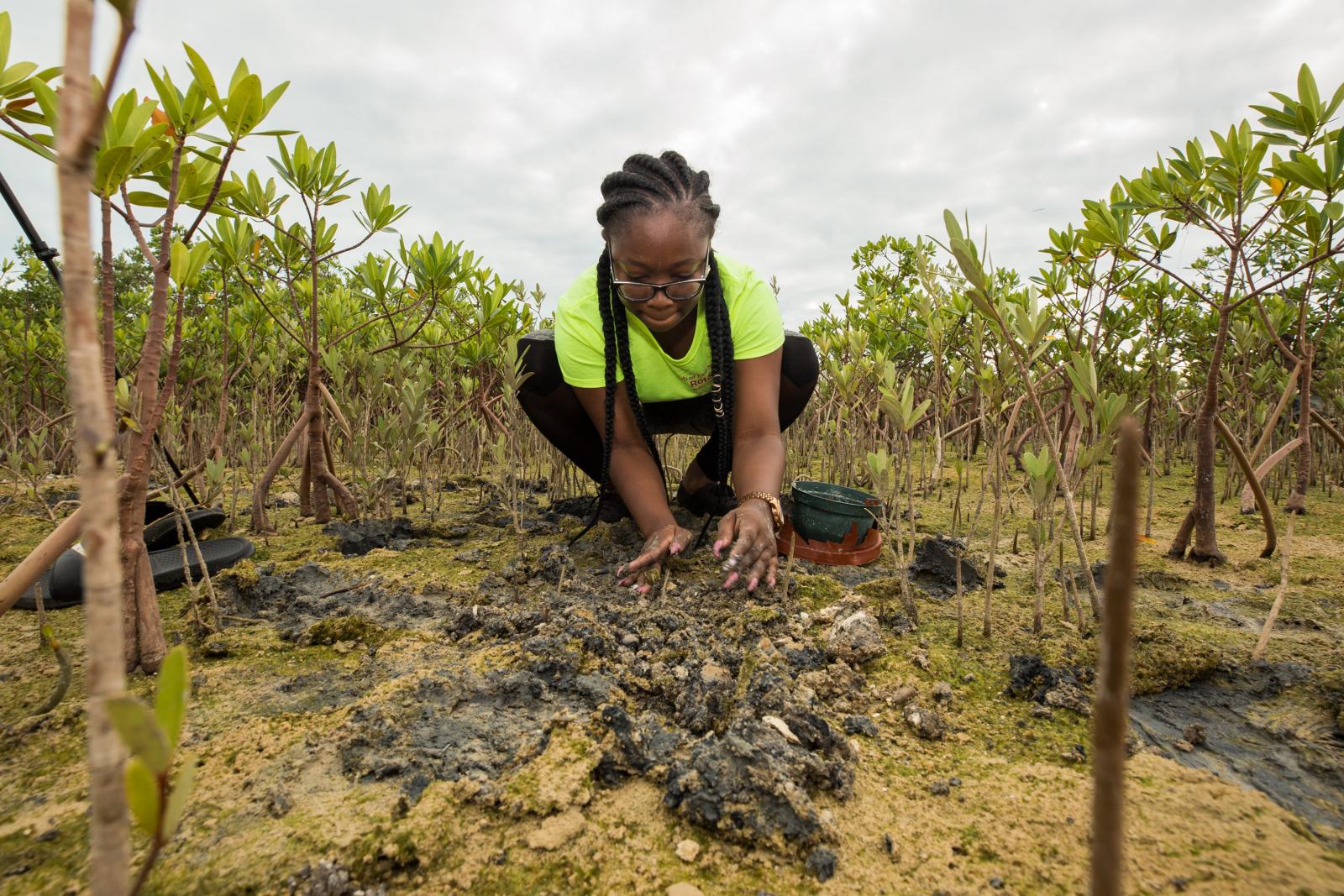 Bermuda is poised to host a landmark project to revive its vital but fragile mangrove forests with major backing from overseas.

Bermuda Rotary Club members said they were confident of securing grant money from Rotary International, which committed last year to join the global fight to restore the coastal woodlands.

Mangroves protect shorelines, provide essential habitats for fish and other wildlife, and absorb the greenhouse gas carbon dioxide – but are under threat worldwide.

An American conservationist and rotarian took particular interest in the move to save the dwindling mangroves at Hungry Bay in Paget, where the island’s largest mangrove forest is retreating because of climate change, with heavier seas breaking through from coastal erosion.

A proposed seawall recently secured Department of Planning approval to protect the trees.

Christopher Puttock, who said he worked with mangrove restoration projects across “at least 20 countries”, told a meeting yesterday of the island’s Rotarians: “I don’t see any reason why this project would not be awarded – it’s a matter of getting our proposal together.

“Probably within ten weeks, we can have this programme awarded and under way.”

Dr Puttock estimated the project could qualify for “$30,000 to $50,000 or greater” from Rotary International’s environmental funds.

Lagoon Park on Ireland Island in Sandys is expected to be the first site to launch efforts to grow more mangroves.

Mangroves - and why they matter

Mangroves trees, which thrive in salty, muddy conditions, form forests in sheltered places along Bermuda’s coast that provide an essential refuge for young fish to grow before heading out to sea.

The forests, distinguished by their curving roots to stand in shallow water, build up dense layers of mud and peat that trap carbon.

They also provide habitats for a host of wildlife, from shellfish to birds, and form a buffer between coastlines and the sea, protecting the land from storms.

The island’s mangrove communities have shrunk with settlement of Bermuda, under the impact of humans and the effects of climate change.

Rick Richardson, president of Hamilton Rotary Club, told The Royal Gazette: “One of the win-wins for this is the enormous focus Rotary International can bring to this – and the celebrity of Dr Puttock can add to that.”

He added that the island would host more than 200 visiting Rotarians on September 3 when the Norwegian Joy docks at Heritage Wharf in the West End.

In a partnership with the charity Keep Bermuda Beautiful, the visitors will take part in a clean-up of the coastline as well as checking on the mangroves at Lagoon Park, Ireland Island South.

Traci Burgess, executive director of KBB, said the group was “honoured to be involved with Rotary’s programme that promotes marine conservation, preservation and revitalisation”.

Dr Puttock told a gathering of Bermuda Rotarians that if the island secured the environmental award, it would be the international group’s “first global grant issued for a major project in the New World”.

He plans to join the group visiting Bermuda in September to survey the island’s mangroves and help get the grant application ready to submit to the Rotary Foundation.