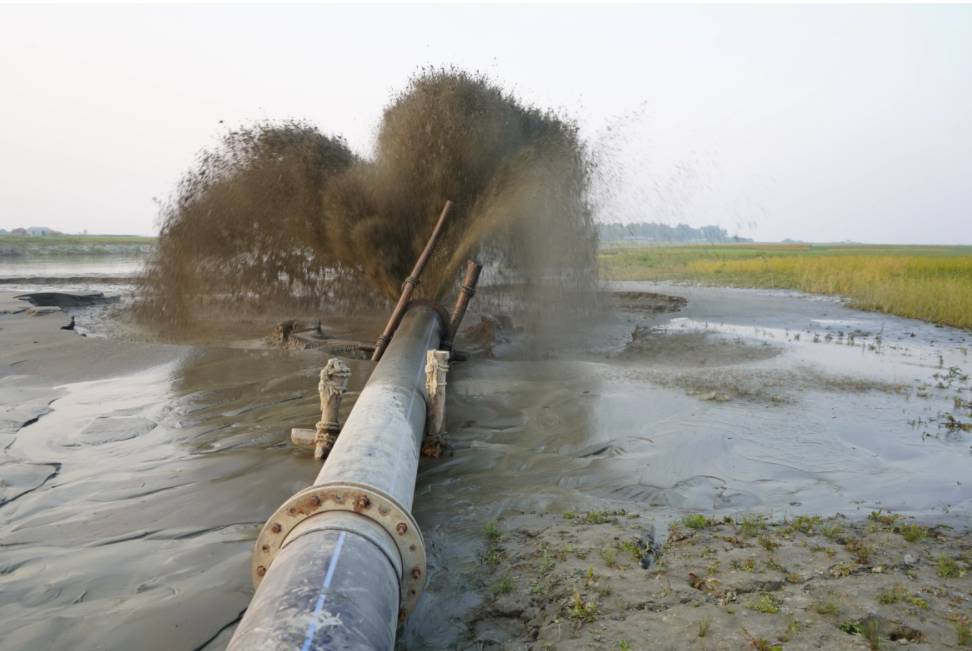 Hunger for sand destroys flood embankments around the Jamuna river, putting farmlands at risk in Tangail and Sirajganj districts.

Rapid urbanisation is driving up demand for sand in Bangladesh, leading to uncontrolled and mostly illegal extraction of sandstone and rocks from the riverbeds.

The hunger for sand is threatening the flood embankments around the Jamuna river and putting farmland at risk in Tangail and Sirajganj districts in northern Bangladesh, threatening the livelihoods of local farmers.

“They illegally take away all the sand from the riverbed using trucks after dredging, creating a sinkhole … All this is now destroying our homes and farms and causing lots of damage to the embankment,” said Ratna Khatun, 35, who lives in Koijuri village along the Jamuna river in Sirajganj.

“Raw gold”, as the sand lifters call it, does not cost them much to extract but fetches good money.

Abur Rhaman Khan, 70, says they are losing ancestral land in Tangail because of the river being dredged by the local authorities.

“They are illegally dredging our land to make way for a new course for the river, ignoring a court writ. They are grabbing our ancestral land by force, without paying any compensation to the villagers.”