International
Two men stand on a makeshift raft near the banks of a river where sand is illegally mined. Image courtesy of Waterkeepers Bangladesh. 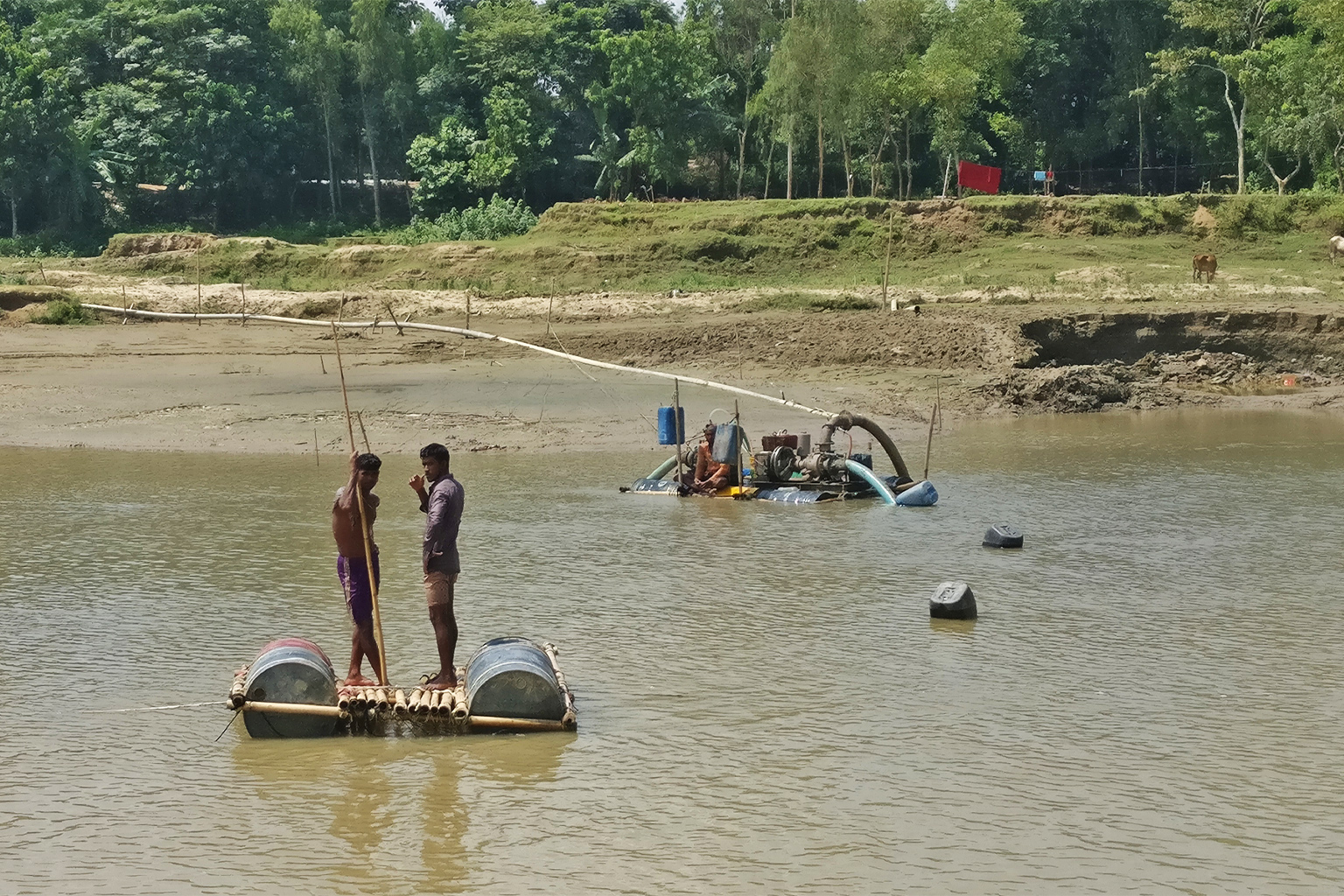 Demand from Bangladesh’s construction industry for sand has led to a boom in unregulated and illegal mining from rivers, activists say.

There is an increasing demand for sand from Bangladesh’s construction industry that has led to an escalation in sand mining. An illegal industry has spread that now overshadows the legal one. The mining is also destroying ecosystems and exacerbating river erosion.

As Bangladesh’s cities and towns grow on the back of solid economic growth over the past three decades, the construction industry has resorted to extracting sand from rivers nationwide. This sand flows into the country year-round through 57 transboundary rivers from India and Myanmar. In all, these waterways carry around 2.4 billion metric tons of sediment, including sand, clay and silt.

A large part of the extracted sand is used as landfill to reclaim new land in a country where much of the area is part of a delta. These new lands, often created by filling in canals and drains, pose an obstacle to the flow of the monsoon runoff.

The sand mining itself poses a threat to all kinds of physical infrastructure, including homes, agricultural lands, schools, bridges, and embankments in the river. It also destroys the adjoining groundwater system, according to a recent study.

Hotspots of illegal sand mining include districts in the Ganges River Basin and the Meghna River Basin.

The Bangladesh government has long been aware of the problem, and in 2010 passed the Quarry and Soil Management Act to control sand mining activities. But critics say the law is neither effective at discouraging sand mining, nor is it enforced seriously by the government.

As a result of the unregulated extraction of sand, Bangladesh’s floodplains are sinking deeper, raising the probability of worsening floods and flood damage. And by altering the pattern of riverbeds and coastal areas, sand mining is responsible for causing harm to several species of flora and fauna.

“Alongside natural causes, unplanned sand mining is one of the major causes of river erosion in Bangladesh,” said Maminul Haque Sarker, senior adviser on river, delta and coastal morphology at the Center for Environmental and Geographic Information Services (CEGIS).