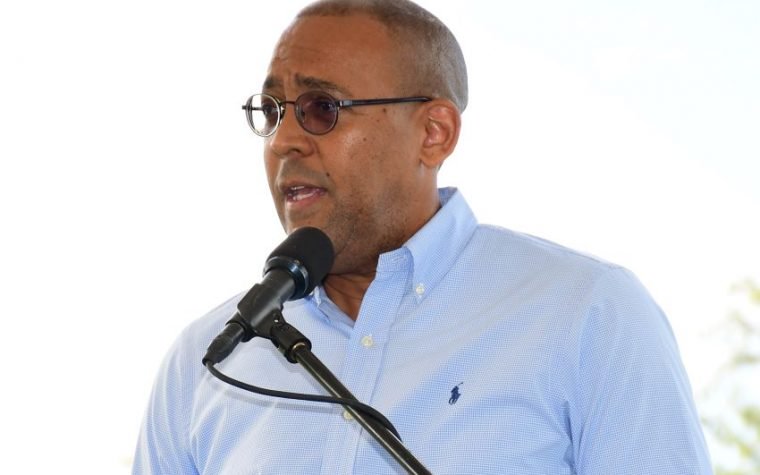 Minister of Tourism and International Transport, Kerrie Symmonds, believes that the time has come for Barbados and the region to discuss marine environmental preservation with its international cruise partners.

He alluded to this recently when he provided an update to the media on the local tourism industry, which has been negatively impacted by the global COVID-19 crisis.

During the zoom press conference, a journalist asked whether Government would be seeking compensation for possible damage to the island’s reefs caused by cruise ships which were docked off shore throughout the pandemic.

In responding to the query, the Minister said a decision had not yet been reached, but disclosed there was photographic evidence of where anchors would have rubbed against coral reefs.

He said a study was being carried out by the Coastal Zone Management Unit of the Ministry of Maritime Affairs and the Blue Economy.

However, he noted that several factors would have to be considered to determine if the damage was caused by negligence, including whether the ships maintained the anchorage positions they were instructed to keep by the harbour master.

He added that the country also needed to look at how it would properly manage circumstances of this nature.

“The penalty for the damage of reefs would be somewhere in the vicinity of BDS$300 per square metre of coral, and I think it doesn’t take too much of an imagination to realize that the ideal of heavy penalties and demonstrating a level of discipline and so on is something that we as a country may well want to do. But the reality is that legislatively, I don’t know that we are in a position to do it that way,” he explained, noting that when proper analysis was completed and presented to Cabinet, a decision would be taken on the way forward.