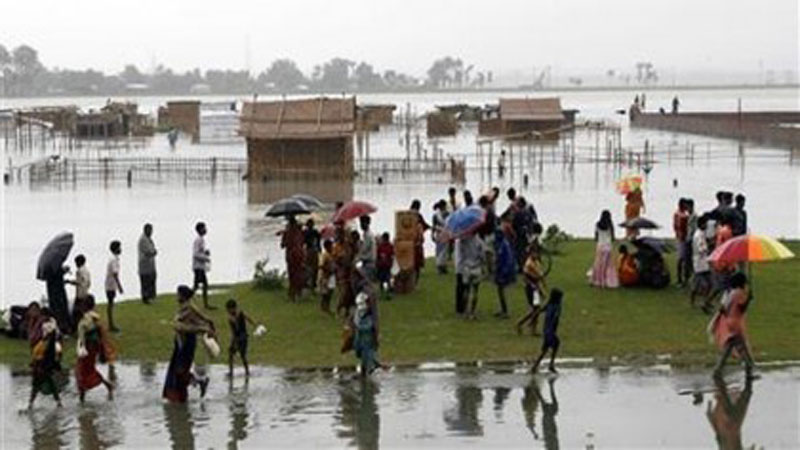 Hundreds of thousands of people living in coastal areas are reeling from acute drinking water shortage. Besides, indiscriminate extraction of groundwater for irrigation purposes is adding to this crisis. Illegal encroachment has stopped the water flow of a number of waterbodies across the country, spelling environment and ecological disaster.

Against this backdrop, the government has taken several initiatives to increase the navigability of small rivers and canals through dredging. These include the construction of big lakes and ponds in coastal areas to meet the demand for pure water, sources in the water resources ministry told The Independent yesterday.

“Now, we are implementing a Tk. 560-crore project to dredge 448 small rivers and canals across the country. This is only the first phase of a bigger project. In the second phase, 2,600 small rivers and canals will be dredged to increase the navigability of these waterbodies. An estimated Tk. 5,000 crore will be needed to implement the full project,” Mahmudul Islam, additional secretary (development wing) of the water resources ministry, told this correspondent.

The first-phase dredging work will be completed by December this year, he said, adding that the second phase is likely to begin next year.

“We have already increased the navigability of 1,800 km of waterways locally under first phase. The production of fish and duck has increased following

the implementation of the project. Farmers are also using water from these waterbodies for irrigation purposes,” Islam said.

He also said that there is currently no mapping of the groundwater level in the country.

The Water Resources Planning Organisation (WARPO) has been asked to prepare a groundwater map in 64 districts, he added.

The government has formed committees, headed by deputy commissioners (DC) in every district to monitor the water situation. Lawmakers have been appointed as advisers of these committees. Such committees have also been formed at both upazila and union levels across the country.

These committees will prepare a list of rivers and canals that are needed to be dredged on a priority basis. The district-level committees will send the list to the ministry concerned, said Islam.

The water resources ministry will finalise the list on a priority basis to dredge the small rivers and canals in 64 districts, he added.

Farmers have been using different types of water-lifting pumps to irrigate their cropland.  Electricity-operated 35,334 deep tubewells, 289,434 shallow machines, and 13,983 low-lift pumps are used during the Boro season to irrigate fields, according to statistics provided by the Department of Agricultural Extension (DAE).