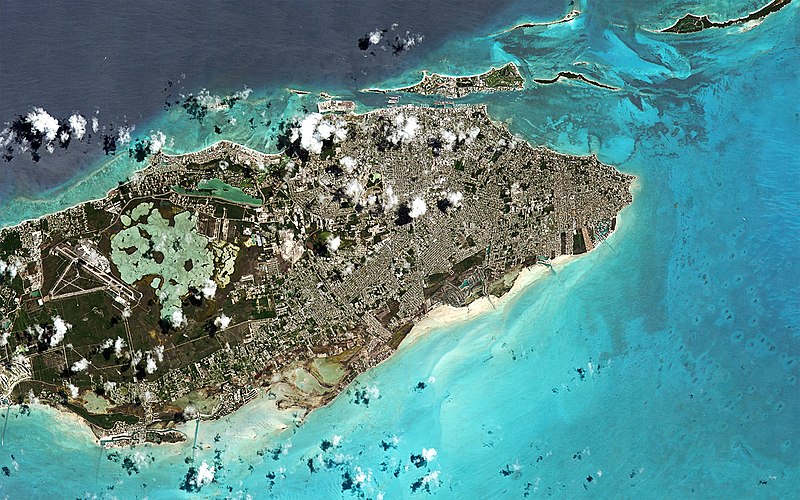 Humans were present in Florida by 14,000 years ago, and until recently, it was believed the Bahamas – located only a few miles away – were not colonized until about 1,000 years ago.

But new findings from a team including a Texas A&M University at Galveston researcher prove that the area was colonized earlier, and the new settlers dramatically changed the landscape.

Peter van Hengstum, associate professor in the Department of Marine and Coastal Environment Science at Texas A&M-Galveston, and colleagues have had their findings published in PNAS (Proceedings of the National Academy of Sciences).

Researchers generated a new environmental record from the Blackwood Sinkhole, which is flooded with 120 feet of groundwater without dissolved oxygen. This is important because it has pristinely preserved organic material for the last 3,000 years. Using core samples and radiocarbon dating, the team examined charcoal deposits from human fires thousands of years ago, indicating that the first settlers arrived in the Bahamas sooner than previously thought.

“The Bahamas were the last place colonized by people in the Caribbean region, and previous physical evidence indicated that it may have taken hundreds of years for indigenous people of the Bahamas – called the Lucayans – to move through the Bahamian archipelago that spans about 500 miles,” van Hengstum said.

While people were present in Florida more than 14,000 years ago at the end of the last ice age, he said, these people never crossed the Florida Straits to nearby Bahamian islands, only 50 to 65 miles away. Meanwhile, the Caribbean islands were populated by people migrating from South American northward. Van Hengstum said the oldest archaeological sites in the southernmost Bahamian archipelago from the Turks and Caicos Islands indicate human arrival likely by 700 A.D.