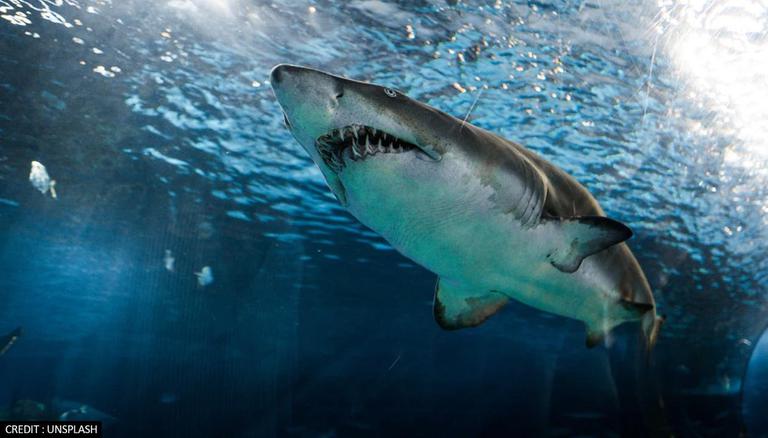 Scientists have discovered that tiger sharks, formerly assumed to be solitary wandering species, are sociable creatures with preferences for one another.

Tiger sharks, once thought to be a solitary wandering species, have been discovered to be sociable creatures with preferences for one another, according to a study by scientists. The study by the University of Miami, Rosenstiel School of Marine and Atmospheric Science (UM), and the Institute of Zoology at the Zoological Society London (ZSL) was the first of its type, and it looked at whether tiger sharks' social behaviour was affected by baited dive tourism.

The research took place at Tiger Beach, which is located on the northwest side of Little Bahama Bank in the Bahamas. Shark diving experiences are popular in the area, with sharks being lured in with chum and frequently fed in front of divers. Over the course of three years, the research team tagged and followed the movements of tiger sharks.

They then used a technology called Social Network Analysis to look at the tracking data to see if tiger sharks exhibited social grouping behaviour and if this behaviour differed in areas where sharks were subjected to baited shark dive tourism.

Neil Hammerschlag, senior author of the study and research associate professor at the UM Rosenstiel School, "Given that tiger sharks spend months at a time out in the open ocean as solitary predators, it's amazing to me that they show social preferences for one another when they are at the Tiger Beach area. For nearly two decades, I have spent countless hours diving at Tiger Beach, always wondering if these apex predators interacted socially. Now we know," added Hammerschlag.

Dive tourism businesses frequently conduct baited shark dives to entice the creatures so that tourists can watch them. Due to the potential long-term repercussions on the predators, such as changes in their typical hunting behaviour, conservationists and shark specialists have expressed mixed sentiments about this method.

"The boundary between wildlife and people is becoming increasingly thin, so as well as observing a new social behaviour for the first time in what was once thought of as a solitary shark, we also measured the impacts of human activity on these predators' interactions. They seem to show some resilience to the bait feeding," said David Jacoby, ZSL Honorary Research Associate and lead author of the study.

Predatory social behaviour is an important topic of research because it gives yet another tool for scientists and wildlife managers to better understand how predators live, what motivates them to form social groups, and what roles they play in the larger ecosystem.