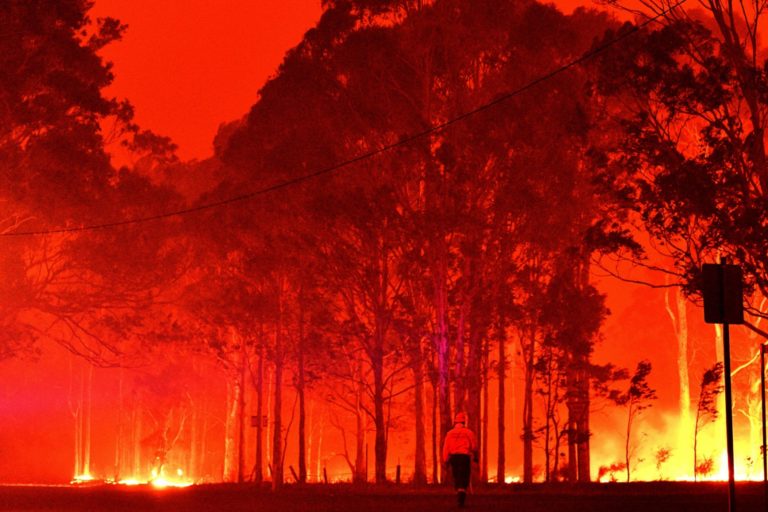 Australia’s central bank chief Philip Lowe warned of wide-ranging economic and financial impacts from climate change, after his drought-stricken nation suffered some of its worst wildfires ever.

Speaking on a panel with his Canadian counterpart, Lowe pointed out that drought would cut Australia’s GDP growth by a quarter percentage point this year, and the blazes would shave 0.2 percentage point from growth in the final three months of 2019 and the current quarter.

“The economic implications are profound,” the Reserve Bank governor told the Australia-Canada Economic Leadership Forum Thursday in Melbourne. “The world is getting hotter and the climate’s more variable, and we’re seeing already in Australia, perhaps more than anywhere else in the world, the effects of that.”

Australia is the world’s driest-inhabited continent and experiences wildfires to some extent every year, but the scale of the crisis this season has been extraordinary. More than 30 people died as flames scorched an area the size of England.