International
The large objects studded with sharp metal are believed to be tank traps from WWII. Photo / Simon Jones / Supplied 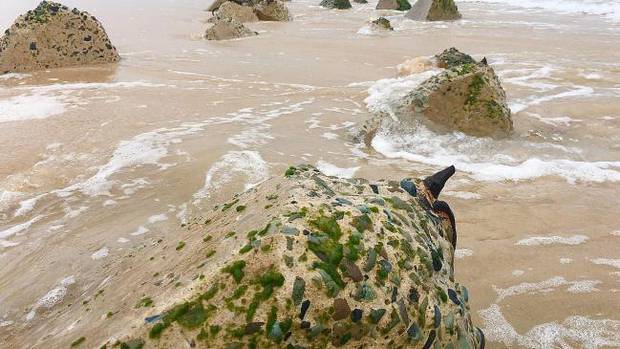 An Aussie town was already at crisis point after its beach was almost entirely washed away. Now what’s left of it has become a deathtrap.

NSW resident Simon Jones was taking a Sunday stroll along what's left of Stockton town's beach when he noticed something highly unusual sticking out of the sand.

His community north of Newcastle has already had its beach almost entirely washed away after a blitz of heavy surf slammed the coast in September, but what he saw emerging from the waves over the weekend has given locals a new cause for concern.

The large man-made blocks he saw embedded with sharp, twisted metal points are understood to be remnants of "tank traps" laid along the NSW coastline during World War II, news.com.au reported.

They had been dismantled and, over time, buried underneath the sand, but the devastating recent erosion — which has crippled a huge stretch of the coastline — has left them exposed where the waves break.