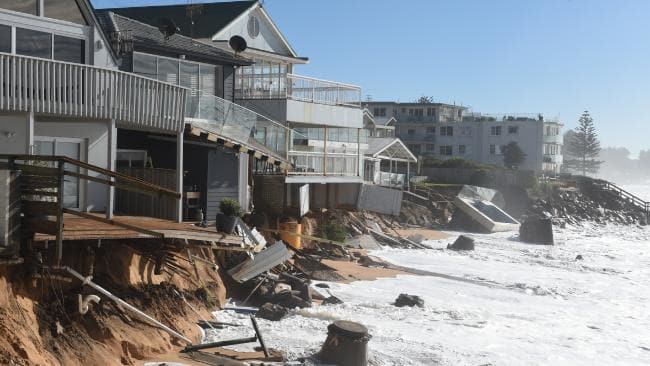 Australia - When the sea claims your house, who do you sue? This is legal quicksand

Australian beaches have been disappearing faster and with more permanence, no question; the causes are not so simple and neither are the legal consequences.

If the seas reclaim your front yard — or your whole house — who can you sue? It's a question lawyers are going to be addressing more urgently, as coastlines are radically redrawn.

There's this eternal truth: coasts erode. If you build on the shoreline, sooner or later you'll be in the drink, even if that takes a millennium or two. No law will compensate you for Mother Nature's revenge.

Then there's the link between coastal recession generally and climate change, of which the most obvious relevant impact is rising sea levels but which has multiple interlocking consequences including run-off and vegetation loss.

The combination of these factors will do a judge's head in, trying to apportion legal responsibility when somebody's property has slipped beneath the waves. At this stage, the law is a long way from figuring that out.

Where are we currently at, legally?

Under Australian law, the notionally easiest paths to compensation are by claims of negligence or nuisance. That means proving that someone (the defendant) owes a duty to the affected property owners and has failed in that duty, either by act or omission.

The more obvious the cause of the loss, the more simple the legal case will be. If the government, council or a private company built a seawall that caused the neighbouring beach to disappear and take everyone's beach shacks with it, then those owners may have a theoretically straightforward case for damages. It's never that simple, however, because the defendant can point to the inherent complexity of coastal erosion, including the effects of climate change, for which it is not responsible. The beach might have been terminal anyway.

The United States has seen a raft of civil actions against oil and gas companies like Exxon Mobil and Chevron, suing for nuisance, negligence or trespass on the basis of their alleged failure to limit the volume of fossil fuels they have pumped into the atmosphere, and its impact on communities and private property.

Read also Is the Australian dream of a beachfront home really worth it?