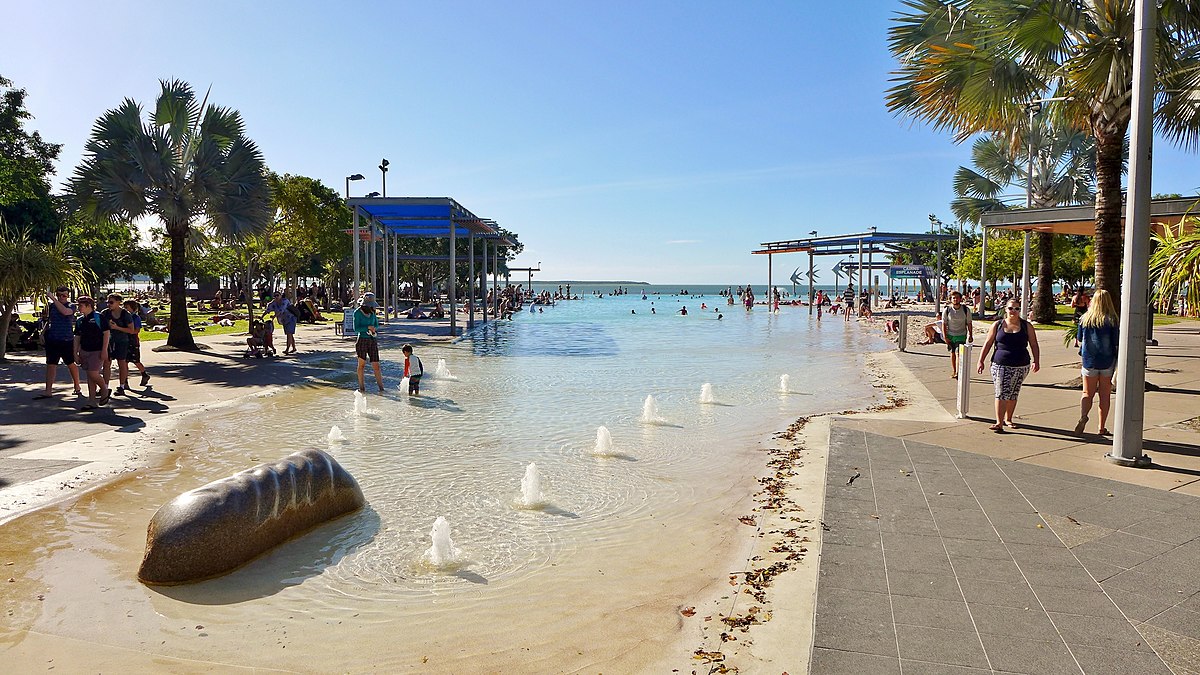 A leading geoscientist says two popular Cairns beaches will become mudflats over the coming decades in a revelation that could shock waterfront homeowners.

The modern Cairns Esplanade is famous for its man-made lagoon, rich wading birdlife and long, brown mudflats – but tourists a century ago encountered a markedly different scene.

Historical photos and accounts depict an esplanade lined by white sand as recently as the 1920s, with some contemporary reports speculating that decades of shipping-channel dredging are to blame for the transformation.

James Cook University adjunct professor Jonathan Knott disagrees and says the shift from beach to mudflat was due to entirely natural causes.

"One of the most telling pieces of evidence is a map of Trinity Bay and Trinity Inlet from 1878," he says.

"It shows a beach with no mangroves.

"But there was just a sandy beach running along where the mudflats are now."

The map shows the mouth of the Barron River used to be further south than its current location — and the delivery of sand into Trinity Bay was its responsibility.

"We know that in the 1930s, the Barron switched its mouth to where it now comes out at Machans Beach. It moved north," Dr Knott explained.

"That effectively cut off the sand supply to the embayment of Cairns.

"That one movement by the Barron River changed the whole dynamic of the Cairns Esplanade."

The sandy beach along the Cairns Esplanade was never a deep, long-reaching foreshore like tourists enjoy along Williams Esplanade at Palm Cove – at least not while photography or accounts from European holiday-makers were a factor.

Dr Knott says it is a fairly narrow strip of sand that separates the city from the ocean.

However, it was significant enough to elicit some heavy lashings of verbosity from one visiting writer way back in 1922.