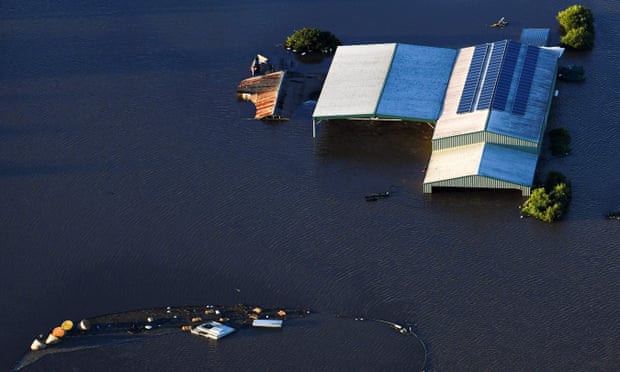 Catastrophes like fires and floods could set the economy back more than $1.2tn by 2060, even if action is taken

Climate change-related disasters will cost Australia $73bn a year by 2060, even if action to curb emissions is taken now, a report has found.

And if nothing is done to tackle climate change, that figure will grow to $94bn a year by that date, a study by Deloitte Access Economics says.

The report, commissioned by the Australian Business Roundtable for Disaster Resilience and Safer Communities (ABR), found the cost of inaction on climate change to date, and forecast the price tag in three scenarios: low, medium and high emissions.

Under “low emissions”, climate change is contained to a 1.7C increase above pre-industrial levels, with emissions falling to zero by 2100. The “medium” scenario means emissions start to decline by 2045, while under “high emissions” there are no efforts to curb them, causing temperatures to rise more than 2C by 2040, and 3C after 2060.

The report said the cumulative bill for Australia would run into the trillions over the next four decades.

“Over the next 40 years, the cost of natural disasters to the Australian economy is expected to be at least $1.2tn in present value terms,” the report said. “This cumulative cost would potentially increase by $125bn if a higher emission scenario eventuates.”

The report found two-thirds of the cost will be borne by Queensland and New South Wales, with Melbourne vulnerable to flooding events due to its proximity to major rivers.

Australia is already heavily exposed to natural disasters – fire, flood, hailstorms and hurricanes – that currently cost the country $39b a year. This figure is expected to rise dramatically as property values increase and more people move into areas vulnerable to extreme weather events that hit harder and more often.

The “nightmare” scenario would be a change in weather patterns causing a hurricane to land in south-east Queensland, which has been heavily built up by development.