International
A rock wall being built to try and halt erosion at the beach in Inverloch. CREDIT:ROYCE MILLAR 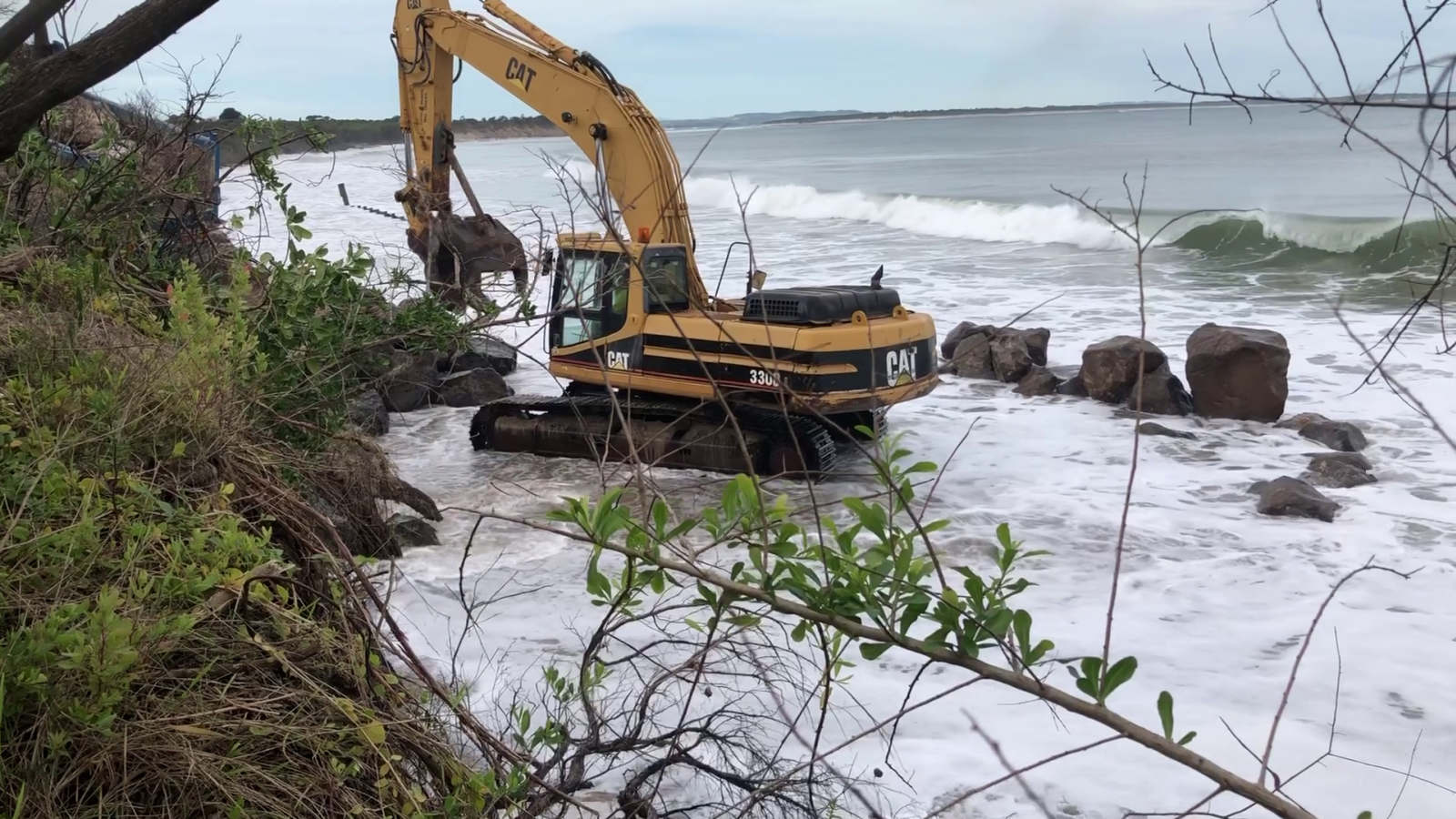 Surging seas have battered beaches and rattled communities along Victoria’s 2500 kilometre coastline since Easter, raising confronting questions about how to respond to rising oceans and rapid erosion.

High tides, big swells and storms have combined to pummel dunes and roads as anxious communities face the reality that homes and businesses may soon be at risk.

At erosion hotspots like Inverloch, 150 kilometres south-east of Melbourne, and Apollo Bay 200 kilometres to the south-west, emergency defences including sand walls and fences have been swept away as debate intensifies over whether to defend assets or retreat to higher ground.

Despite the state’s ‘stay at home’ rules, imposed due to the coronavirus pandemic, anxious locals have gathered in numbers at beaches around Inverloch to watch waves tear at sand dunes, trees, roads and piers.

The main focus of concern is the low-lying road east toward Cape Paterson which has twice been closed as waves crashed onto bitumen and the sea-change dreams of nearby residents.

Last week traffic faced long delays as the government trucked in 7000 tonnes of boulders in a desperate bid to fortify the threatened stretch of road before winter. The new works came just weeks after an emergency 500-tonne rock wall was undermined by erosion.