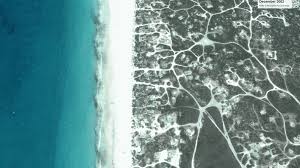 Eroding shorelines of the Wedge and Grey communities along the Mid West coast have prompted the state to progress its plan for residents’ “managed retreat”.

Owners of the approximately 450 off-grid shacks about 30 minutes north of Lancelin have fought off repeated bureaucratic attempts to force them off the land in recent years, but now face another imminent threat: coastal erosion.

One shack slipped into the ocean in 2018 and its next-door neighbour was issued with a demolition notice for safety reasons, though the owners reportedly resisted eviction.

Now the Department of Biodiversity, Conservation and Attractions has issued a tender for a coastal engineer to help it make tough decisions on the “managed retreat” of those shacks within metres of the water.