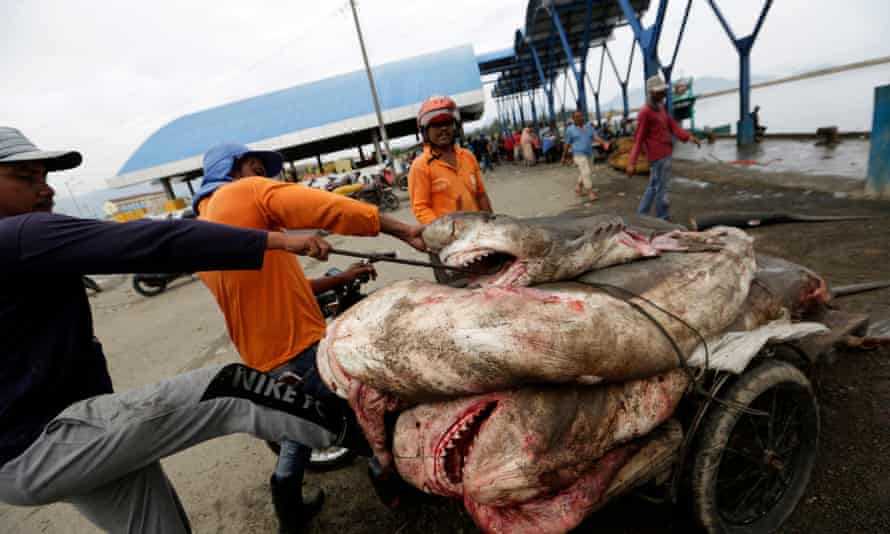 Australia’s spike in shark deaths bears no correlation to how they are doing globally due to overfishing, scientists say

About four years ago, Colin Simpfendorfer was diving on reefs in Indonesia’s picture-perfect Raja Ampat region when he noticed the distinct absence of something.

“It’s a beautiful place to dive. We would have expected to see grey reef sharks and white tips,” says the veteran scientist. “But you don’t see sharks for days on end.”

Simpfendorfer, an adjunct professor at Queensland’s James Cook University and a global authority on sharks and rays, has been researching the marine animals since the mid-1980s.

Last week, a global team of shark researchers, including Simpfendorfer, found sharks and rays that live in the open ocean have been dwindling at an alarming rate.

Since 1970, a threefold increase in global fishing rates of sharks coincided with a 71% drop in their numbers around the world. Sharks are targeted by small and large fishing operations, for meat and other products, including shark fins.

“It’s quite devastating to see some of the outcomes,” says Simpfendorfer, reflecting on more than 30 years of study.

The team’s research, published in the journal Nature, involved the complex task of poring over data from fisheries authorities, scientific surveys, and peer-reviewed research to build the most comprehensive picture yet of the health of ocean-roaming sharks.