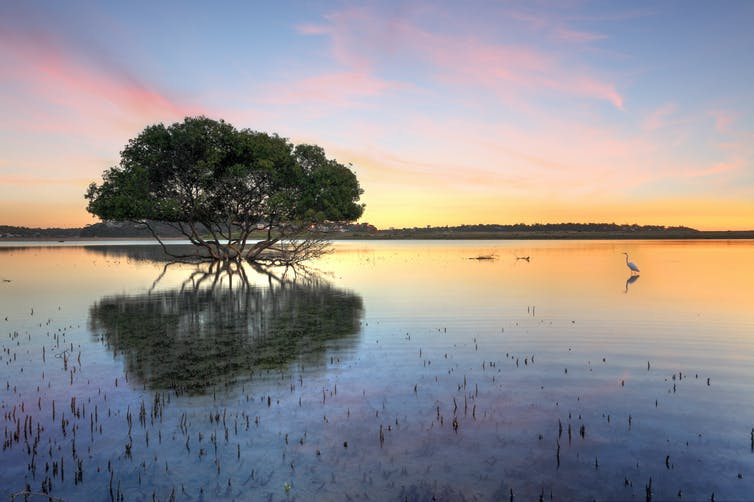 Australia is in the midst of tropical cyclone season. As we write, a cyclone is forming off Western Australia’s Pilbara coast, and earlier in the week Queenslanders were bracing for a cyclone in the state’s far north (which thankfully, didn’t hit).

Australia has always experienced cyclones. But here and around the world, climate change means the cyclone threat is growing – and so too is the potential damage bill.

Our recent research shows 54 cyclones struck Australia in the 50 years between 1967 and 2016, causing about A$3 billion in damage. We found the damages would have totalled approximately A$30 billion, if not for coastal wetlands.

Wetlands such as mangroves, swamps, lakes and lagoons bear the brunt of much storm damage to coast, helping protect us and our infrastructure. But over the past 300 years, 85% of the world’s wetland area has been destroyed. It’s clear we must urgently preserve the precious little wetland area we have left.

National disasters cost Australia as much as A$18 billion each year on average. About one-quarter of this is due to cyclone damage.

However the surge was one metre at most – largely because the storm drove straight into a massive wetland that absorbed most of the predicted flood.