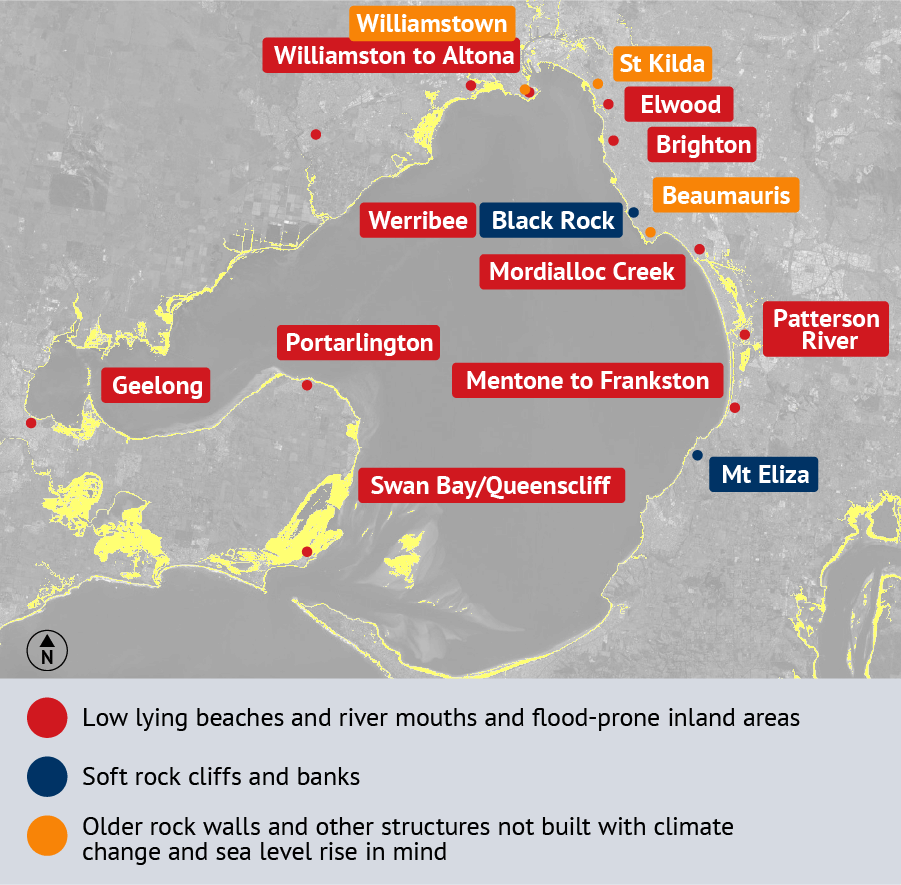 The Andrews government has been provided two new scientific reports that show sea level rises well above those they are planning for, threatening its development-led recovery.

New scientific and economic research for the Andrews government warns of the grave risk of rising seas along the Victorian coast including trillions of dollars of damage to homes and other assets, if global warming is not slowed and planned for.

The research will add pressure on the government to further restrict development on the coast by lifting its current sea level rise planning benchmark of 0.8 metres by 2100, and to start planning for the “retreat” of some low-lying coastal towns.

University of Melbourne professor of environmental economics Tom Kompas, is in the early stages of a risk analysis for the government and its advisory body, the Victorian Marine and Coastal Council.

He said sea level rise was the “biggest risk to the Australian economy from climate change” – bigger even than bushfires, heat stress and the damage to agriculture.

“This will certainly be bigger than an annual COVID-19 hit to the economy,” he said, with early findings pointing to damages in the trillions of dollars without adequate intervention and planning.

But the warning also presents a quandary for a government which sees construction as key to the state’s COVID-19 recovery, and as as many Melburnians seek to relocate out of the city in the wake of COVID-19.