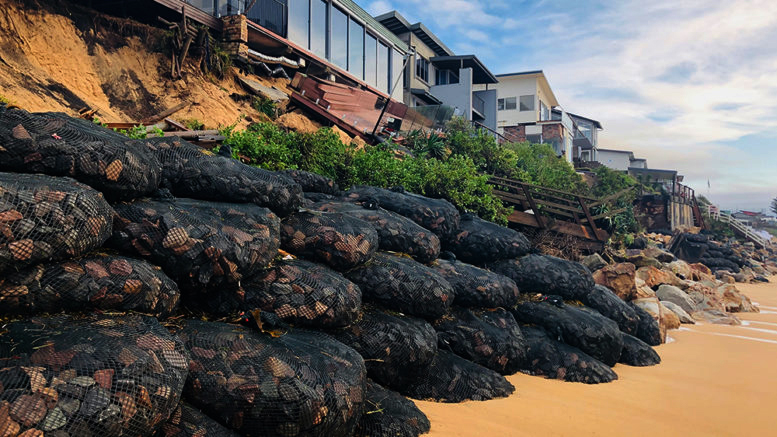 AUS - Transition to Coastal Management Plan may leave us vulnerable

The Central Coast could be left vulnerable and unable to respond if it experiences a major storm event as Central Coast Council transitions to a new Coastal Management Plan.

With no plan in place after December 31, approvals and funding for emergency responses such as those needed last year for Wamberal and North Entrance could be in jeopardy, Wamberal Seawall Advisory Taskforce Chair, Phil Watson, has warned.

Watson said at the August meeting of the taskforce that the community needed to be aware of the implications.

He explained Council was approaching some very important timelines for the project which everyone needed to be acutely mindful of.

“The Coastal Zone Management Plan (CZMP) that includes the key actions for protection and sand nourishment of Wamberal Beach will cease to have effect on December 31, due to transitional arrangements in the Coastal Management Act 2016,” he said, according to the minutes.

“This will have implications for the project that need to be clearly understood and considered in the context of implementing this project.

“Although Council is preparing a Coastal Management Program (CMP) under the new framework to replace the CZMP, it is likely this will take some time, leaving a gap between the expiration of the CZMP and the certification of the CMP.

“When the CZMP expires so too will funding assistance under DPIE’s Coastal and Estuary Grant Program to implement actions in certified CZMPs.

“Approval pathways for protection structures and emergency responses (such as those undertaken in 2020) will also change for the period between the expiration of the CZMP and start of the CMP.”