International
Coastal erosion is seen from the air over Ocean View Drive at Wamberal on Saturday. Darren Pateman / AAP 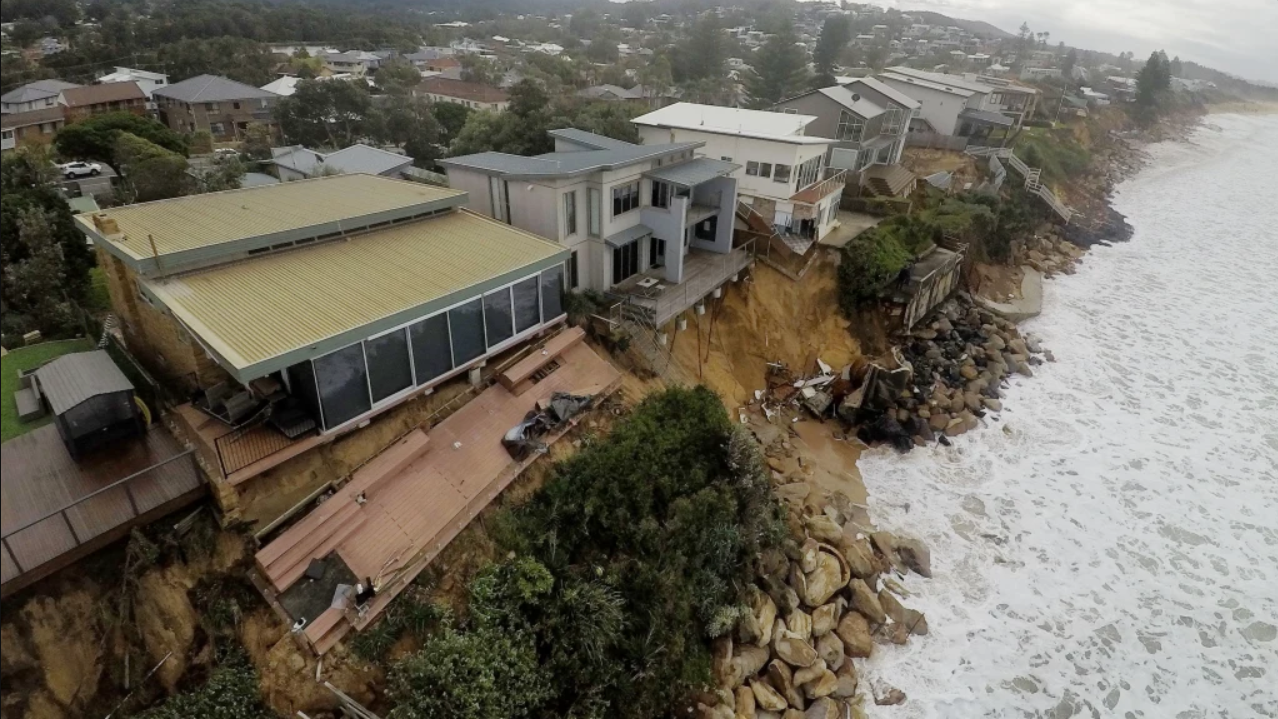 AUS - 'Those Homes Should Never Have Been Built': The 40-Year Saga Behind Wamberal Beach Erosion

The first Wamberal resident to lose his home to the sea in 1978 says he has been waiting more than 40 years for the ocean to claim further victims, as residents consider a class action over the partial collapse of waterfront properties on Friday.

Luxury residences along Ocean View Drive were evacuated after a low pressure system pounded the coast on Thursday night, causing two properties to partially collapse and leaving others teetering on the brink of the ocean.

But Ocean View Drive resident Warren Hughes blamed council for the residents’ woes since 2016, when the strip was last battered by severe storms.

He accused Central Coast Council of declining to construct a sea wall and failing to take advantage of NSW government funding on offer for such a project, as well as preventing residents from taking any steps privately to protect their homes.