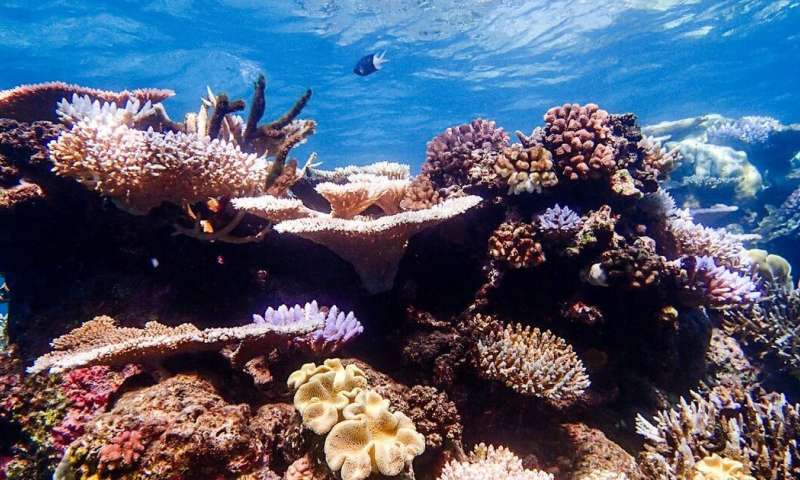 Look at this photo of two coral skeletons below. You'd be forgiven for thinking they're the same species, or at least closely related, but looks can be deceiving.

These two species diverged tens of millions of years ago, probably earlier than our human lineage split from baboons and macaques.

Scientists have traditionally used morphology (size, shape and color) to identify species and infer their evolutionary history. But most species were first described in the 19th century, and based solely on features of the coral skeleton visible under a microscope.

Morphology remains important for species recognition. The problem is we don't know whether a particular morphological feature reflects species ancestry, or evolved independently.

Our new study examined the traditional ideas of coral species and their evolutionary relationships using "phylogenomics"—comparing thousands of DNA sequences across coral species.

Our results revealed the diversity and distributions of corals are vastly different to what we previously thought. It shows we still don't know many fundamental aspects about the corals on Great Barrier Reef.

And after three mass bleaching events in five years, not having a handle on the basics could mean our attempts to intervene and help coral survive climate change may have unexpected consequences.