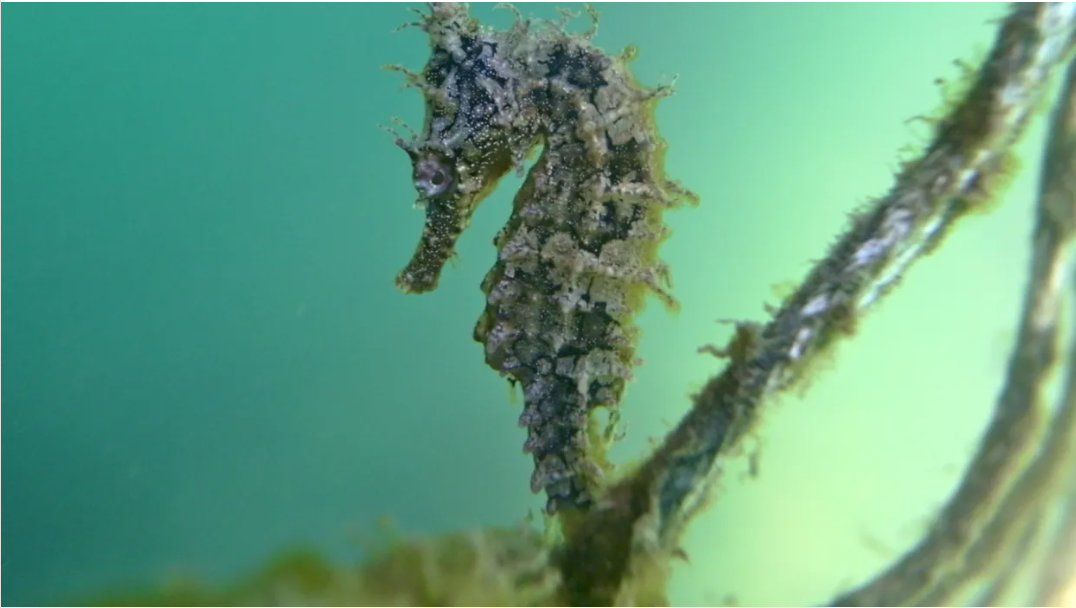 It can grow to a maximum of six inches (16 centimeters), change color depending on mood and habitat, and, like all seahorses, the White's seahorse male gestates its young. But this tiny snouted fish is under threat.

White's seahorse, also called the Sydney seahorse, is native to the Pacific waters off Australia's east coast. In recent years, populations have decreased drastically. It and the South African Knysna seahorse are the only two out of around 50 seahorse species to be listed as endangered.

A wild storm season from 2010 to 2013 left the Sydney seahorses' habitat in tatters, wiping out 90% of the population in the area. Several large storms shifted huge volumes of sand, smothering the soft corals, sponges and seagrass they call home.

"There are two things that we're trying to gain from this project," said Robbie McCracken, an aquarist at Sydney Sea Life Aquarium, who's working with researchers from University of Technology Sydney and the New South Wales DPI Fisheries on the program.