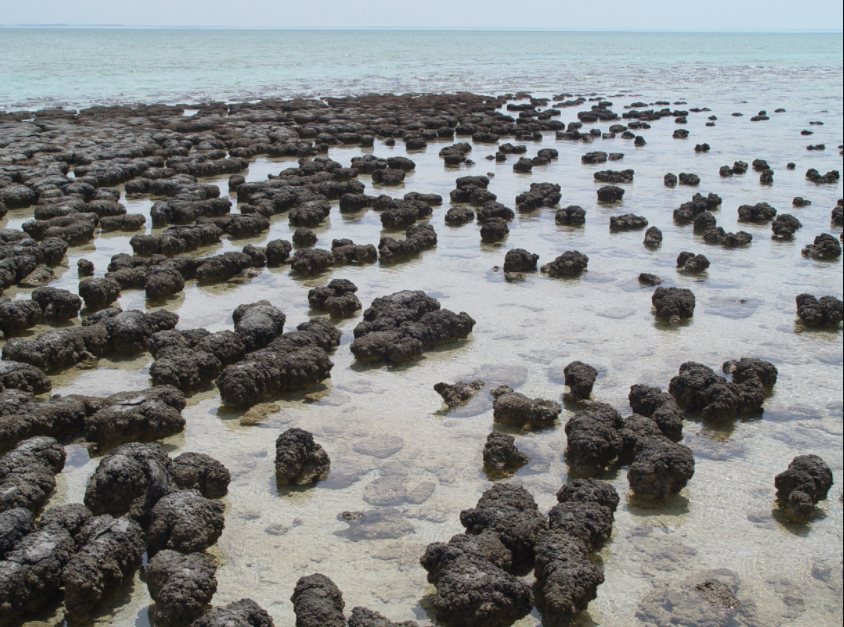 In Western Australia, 3.5bn-year-old stromatolites built up the oxygen content of the Earth’s atmosphere to about 20%, giving the kiss of life to all that was to evolve.

The sunroof was open and the tinted windows were wound down. It was the closest I could get to soaking in the surrounds of desert and sea under the cloud-sailing sky.

I was on Indian Ocean Drive heading a couple of hours north of Perth to Lake Thetis, on Western Australia’s wildcard Coral Coast. Like an M C Escher drawing, the landscape morphs from market gardens to limestone-spotted scrub, soundtracked with clattering windmills drawing water from the Yarragadee Aquifer formed during the Jurassic era. There were white-trunked eucalypts and punk-haired grass trees sprouting in their thousands, flocks of black cockatoos in raucous flight and, sadly, dozens of kangaroos that had ended their days as roadkill.

Going on a road trip along the coast of the oldest continent on Earth was bound to be steeped in mysteries. As I passed green and yellow road signs warning to keep a look out for kangaroos, emus and echidnas, there was another rare life form I was seeking an audience with – one that traces its ancestry to the beginning of time.

Stromatolites are living fossils and the oldest living lifeforms on our planet. The name derives from the Greek, stroma, meaning “mattress”, and lithos, meaning “rock”. Stromatolite literally means “layered rock”. The existence of these ancient rocks extends three-quarters of the way back to the origins of the Solar System.