DELWP has planned a rock seawall at Eastern View as part of an erosion management plan. Photo: DELWP 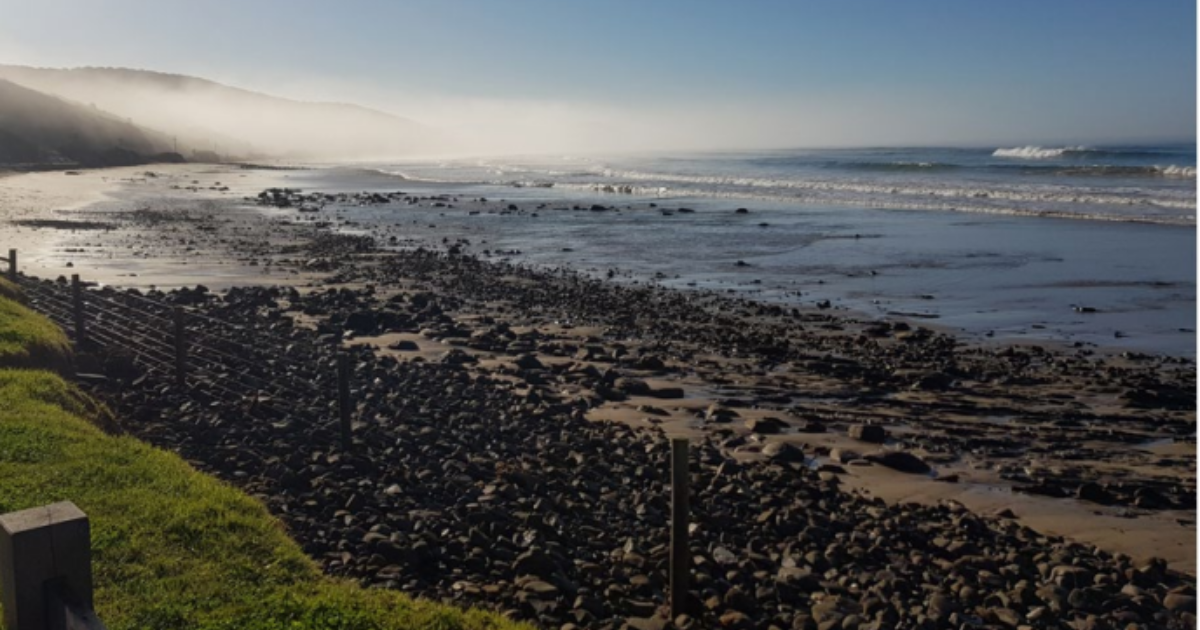 STATE authorities will build a rock seawall at Eastern View as part of ongoing works to manage erosion impacts along the Surf Coast.

The Department of Environment, Land, Water and Planning announced plans for a $2 million project last week, which will build a wall section at the Devil’s Elbow car park.

The project also includes rock bag protection for other car parks and power poles further north towards the Memorial Arch.

The new project followed a listening post earlier this year, when residents of Eastern View expressed “limited support” for an engineered seawall to provide long-term protection due to likely impacts on the surrounding environment.

DELWP said it would minimise the visual impact of the new structure and use removeable erosion treatments where possible.

“The rock revetment will be like that used at Apollo Bay and other sections along the Great Ocean Road, with the crest vegetated to achieve a natural appearance,” DELWP stated.

“Rock bags will be placed seaward of the eroding dune scarp and are designed to be removed and reused at other locations once a more permanent solution has been found.

“There may be more erosion over the next few months before the works are implemented and we ask locals and visitors to follow all warning signs for their safety.”

DELWP is delivering the works alongside the Great Ocean Road Coast and Parks Authority.

Planning is also ongoing for a long-term Coastal Adaptation Plan for Eastern View to minimise risk of environmental damage.