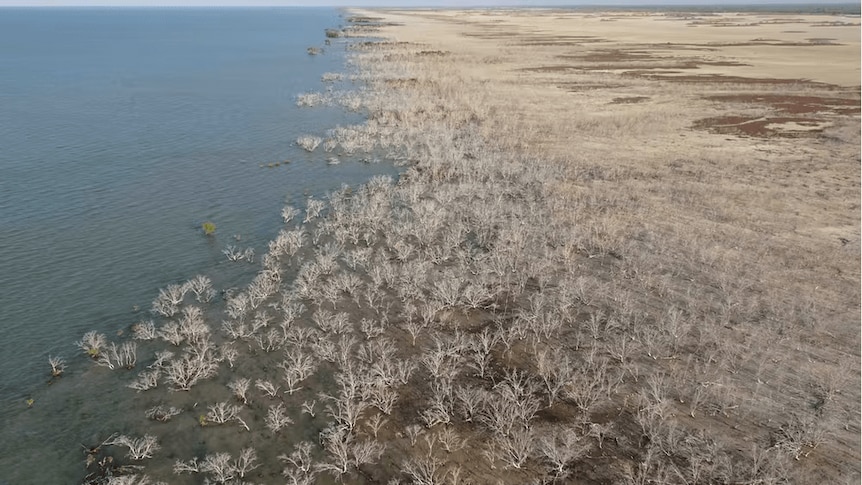 (Australia): In the summer of 2015-16, one of the most catastrophic mangrove diebacks ever recorded globally occurred in the Gulf of Carpentaria.

Some 40 million mangroves died across more than 2,000 kilometres of coastline, releasing nearly 1 million tonnes of carbon — equivalent to 1,000 jumbo jets flying return from Sydney to Paris.

After six years of searching for answers, scientists have formally identified what is causing the mass destruction. They hope the discovery will help predict and possibly prevent future events.

"The key factor responsible for this catastrophe appears to have been the sudden 40-centimetre drop in sea level that lasted for about six months, coinciding with no rainfall, killing vast areas of mangroves," he said.

Author assisting with data analysis and JCU researcher Adam Canning said the study's evidence for sea-level drop being the cause was found in the discovery of an earlier mass dieback in 1982, observed in satellite imagery.

"The 1982 dieback also coincided with an unusually extreme drop in sea level during another very severe El Niño event. We know from satellite data that the mangroves took at least 15 years to recover from that dieback," Dr Canning said.

"Now they are caught in a vicious collapse and recovery cycle because of repeated pressure from climate change — the question remains when or if they will recover."