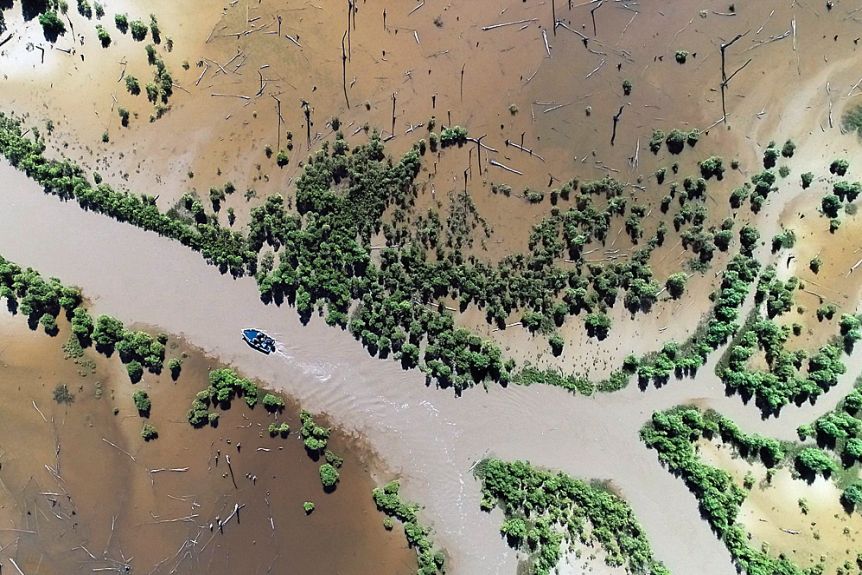 Floodplains around Australia's largest national park are undergoing a visible transformation as rising sea levels push saltwater further from the coast into its freshwater river systems.

Climate change is understood to be driving the phenomenon along the coastal region around Kakadu National Park in the Northern Territory, which will likely have dramatic consequences in the coming century.

If emissions continue to rise, modelling by the CSIRO from 2017 shows almost half of Kakadu's freshwater wetlands could be inundated with saltwater within 50 years, spelling out drastic repercussions for biodiversity.

Due to a process that began decades ago, evidence of saltwater inundation is plain to see in areas of the park and beyond, where mangroves — shrubs that thrives in brackish water — have taken over as far as the eye can see.

At Tommycut Creek, a remote channel off the Mary River near Kakadu's western boundary, what was once a paperbark forest is now a graveyard of bleached and stricken trunks.

The "dead forest" offers a glimpse into the future for similar low-lying coastal areas along the Top End coast, which are most vulnerable to rising sea levels.