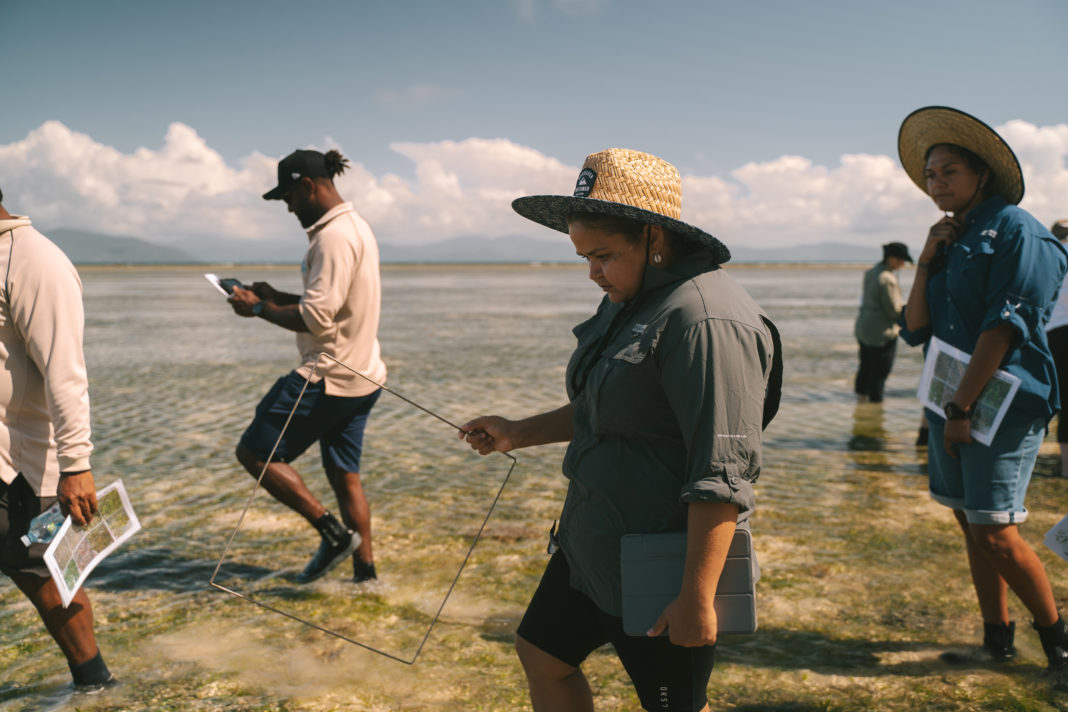 AUS - Off northern Australia, scientists and Islanders are sharing knowledge to protect our 'seagrass capital'

Madeina David, 23, recalls fondly her days following her father out on his boat crayfishing to make a living on the remote Iama Island in the Torres Strait.

Madeina David, 23, recalls fondly her days following her father out on his boat crayfishing to make a living on the remote Iama Island in the Torres Strait.

Like everyone on the islands, David’s life has always been intrinsically linked to the ocean for food, for fun and for culture.

It is that connection which made a career in conserving the islands’ critical seagrass meadow alluring to David.

“Our culture really depends on the sea – it is our livelihood – dugongs and turtles are culturally significant,” David said.

“Life living on the island, everything is expensive, so most of the families go out fishing and they depend on the sea for the food source.

That drive saw David leave the islands to study marine biology at Townsville’s James Cook University, with a view to playing a leading role in environmental management by the time she reached 50.

It was a move David described as a huge learning curve. She had left Iama aged 11 to attend boarding school on Thursday Island, but even there lessons such as chemistry weren’t available.

There was also the culture shock of living in a big regional city – but David was driven by her passion for the sea surrounding her island home, and the meadows which sustain the life within it.

The health of Australia’s seagrass meadows and, in turn, the animals which depend on those meadows, is closely linked to climate change.

In the northern waters rising sea levels and temperatures are a critical concern.

There are plenty of other factors too – drifting sands, herbivores and changing winds are among the myriad factors impacting these environments.