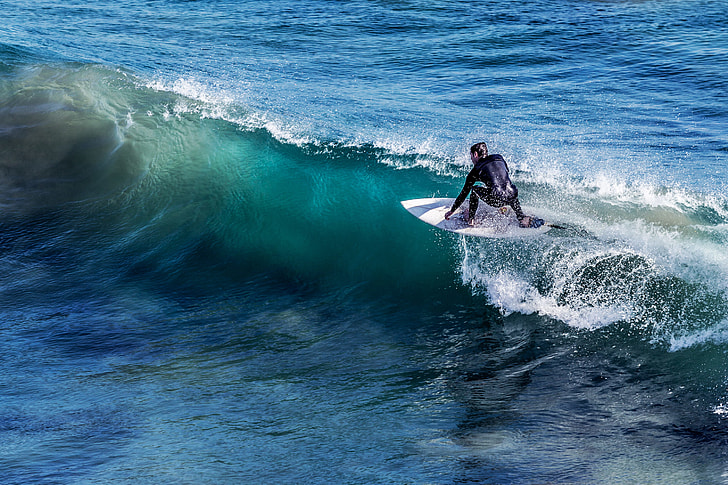 Young Australians are increasingly rejecting mass-produced surf craft in favour of something a little more bespoke, and it's driving surf culture into new realms of exploration.

The most innovative period of surfboard design was arguably the late ‘60s to the early ‘70s. This was the height of the ‘Shortboard Revolution’, which saw board lengths plummet from 10-foot to 7-foot (and below) and completely redefine surfing in the process.

The second most innovative period of surfboard design? Right now. And you need look no further than the backyards of surfers up, down and around Australia’s coast for proof.

Backyard surfboard shaping is certainly nothing new. This creative pursuit has a rich history, and can trace its roots right back to the invention of surfing itself. After all, the world’s first surfboards certainly weren’t made in factories – they were made by hand.

But modern techniques (and social media marketing tactics) mean that this next-gen of backyard shapers has a much larger audience to tap into than ever before.

Dan Johnson’s musical knowledge runs deep. Lead singer of a band called ‘Smoking Hot’, he’s an expert in combing the ages for forgotten gems, many of which I have to look up on Shazam as we drive along the south coast of New South Wales, checking the ludicrous amount of surf spots as we go.

Originally from Sydney, Dan spent most of his childhood in the idyllic surf town of Crescent Head on New South Wales’ mid-north coast. Another sea change led him to his current home on the south coast, where he’s been living since early 2020.

Dan’s a surfer, first and foremost. He’ll ride anything and everything, though he’s primarily drawn to longboards. He rides a log like an ironed-out Alex Knost, the kinks smoothed on one of the most famous point breaks in Australia.

There are plenty of good surfers in Australia, but not many who can ride this type of left-field craft as well as Dan. He makes all of his surfboards by hand, under the moniker ‘Snarly’. When he was younger, he and his dad shaped three boards at his grandparent’s farm, and he was hooked. “I just liked riding weird boards and no one really made them around where I was growing up,” he says.