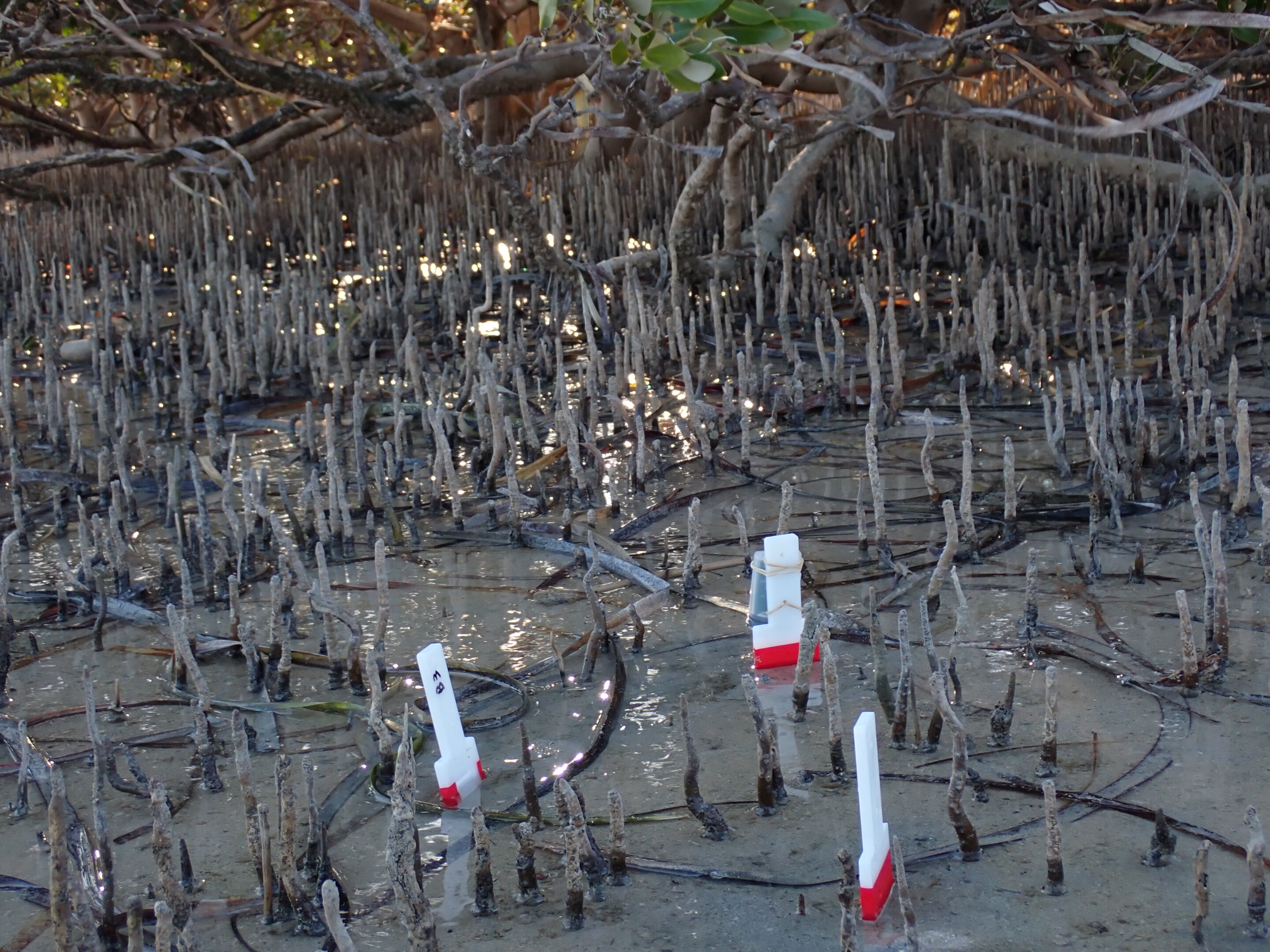 They are the salt-tolerant shrubs that thrive in the toughest of conditions, but according to new UniSA research, mangroves are also avid coastal protectors, capable of surviving in heavy metal contaminated environments.

The study tested the health of gray mangroves living around the Port Pirie smelter. Using leaf chlorophyll content as a proxy to plant health, mangroves were found to be unaffected by metallic contaminants, despite lead and zinc levels being 60 and 151-fold higher than regulatory guidance values.

The findings highlight the vital role of mangroves in stabilizing polluted regions, and the importance of protecting these 'coastal guardians' around the world.

"Mangroves are the ideal eco-defender: they protect our coastlines from erosion and sustain biodiversity, but they also have an incredible ability to trap toxic contaminants in their sediments," Dr. Farzana says.

"Gray mangroves are known for their tolerance of potentially toxic elements, but until now, little has been known about the health of these plants in the Upper Spencer Gulf.

"Our research found that gray mangroves were able to adapt and survive exposure to very high levels of lead and zinc—without adverse health effects in their chlorophyll content—demonstrating how valuable they are to coastal ecosystems."

Other, ongoing work being done at Port Pirie by UniSA's Associate Professor Craig Styan suggests there may be 4-7 times more metals stored in the sediments in mangroves than in adjacent unvegetated mudflats. Assoc Prof Styan said that, generally, a greater concentration of metals found in sediments means greater contamination risk for the animals and plants living on/in them.

"The levels of bioavailable metals we measured in the surface sediments in mangrove stands are the same as adjacent mudflats, meaning that although mangroves storing significantly more metals this doesn't appear to increase the risk of contamination for the many animals that use mangrove habitats," Prof Styan says.

"People should nonetheless still refer to the SA Department of Health's advice if they are considering eating fish caught near the smelter."

Mangroves (along with tidal marshes and seagrasses) are part of the blue carbon ecosystem; when protected or restored, they sequester and store carbon, but when degraded or destroyed, they emit stored carbon into the atmosphere as greenhouse gases.

Dr. Kastury says understanding the role of mangrove forests in safely stabilizing metallic contaminants in highly polluted areas is imperative—not only for South Australian communities, but also around the world.

"Globally, over a third of mangrove forests have disappeared, mostly due to human impact such as reclaiming land for agriculture and industrial development and infrastructure projects," Dr. Kastury says.

"We must protect our mangrove forests so that they can continue their job in protecting our environment."

Provided by University of South Australia