International
The foreshore at Indented Head is being slowly eroded, and the road and homes are now at risk. Steven Schubert / ABC News 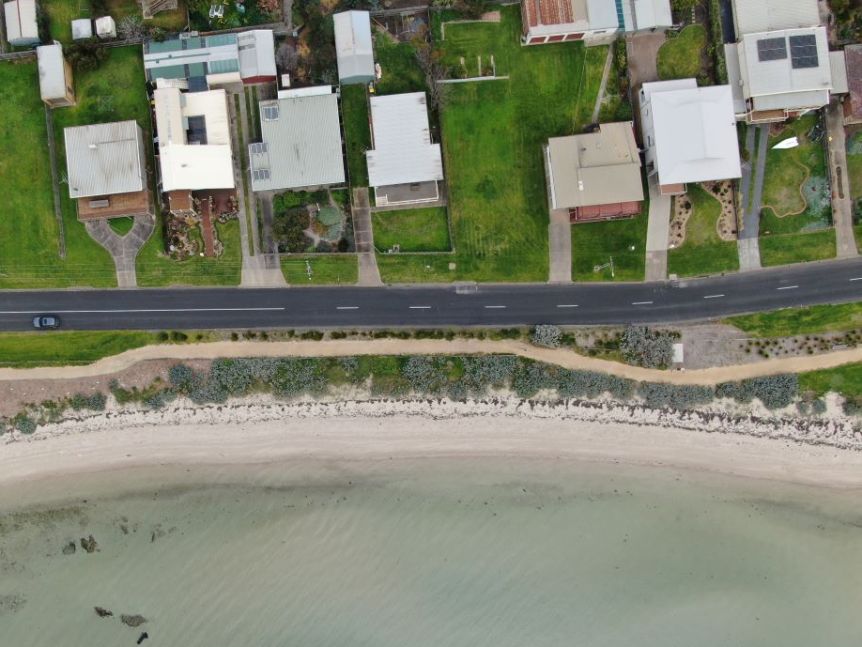 The Victorian Government has instructed all councils to plan for a 0.8m sea-level rise by the year 2100.

As Vicki Perrett plays with her granddaughter Rachel on the beach in front of her home on Victoria's Bellarine Peninsula, she knows she has to cherish these moments. And not just because children grow up so fast. She also knows the beach they play on may not be there forever.

"The beach is coming closer towards us, towards the road and towards our property," Ms Perrett says. "It's very prone to sea level rise here and to storm surges."

This stretch of coastline at Indented Head has already been earmarked as at risk of going underwater by 2100. Ms Perrett's house is also in the danger zone. It was identified as one of 1,614 properties across the Greater Geelong region that may be faced with future flooding under a 0.8-metre sea level rise.

"Our property is about 20cm above sea level. There are others along the foreshore here that are actually below sea level," Ms Perrett says.

The Victorian Government has instructed all councils to plan for a 0.8m sea level rise by the year 2100. That figure is based on a 2007 report from the United Nations Intergovernmental Panel on Climate Change, which agreed on the projected rise, but could not rule out larger increases.

Although the worst impacts of sea level rises may still be decades away, this bayside community, about an hour-and-a-half south of Melbourne, has already had a taste of what is to come. Four years ago, a "triple whammy" of a low-pressure system, strong onshore winds and very high tides battered the coastline.