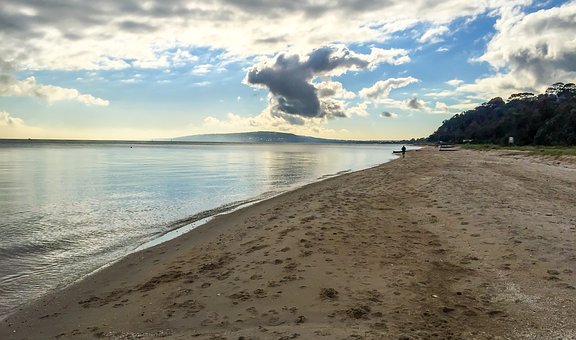 Federal Health Minister Greg Hunt ploughed ahead with a “beach nourishment” project in his electorate even though the Victorian government had decided that such short-term fixes were a case of throwing away good money. Dr Sarah Russell reports.

Just a week out from the election, Queensland Coalition MP Luke Howarth announced $2 million for a new pool at the Mango Hill State Secondary College in his electorate of Petrie. Yet the local community didn’t want the pool because of concerns about the cost and space required.

And then there was the $1.5 million that Health Minister Greg Hunt promised, if re-elected, to restore Mt Martha North beach in his electorate of Flinders. His plan, announced two weeks before the May 2019 federal election, included transferring truckloads of sand from the Southern to the Northern end of the beach.

Some 100 or so beach boxes at the northern end, some of which sell for more than $70,000, are at risk from the disappearing beach and encroaching water. As a previous environment minister, Hunt would – or should – be aware of all the international studies about the environmental impact of moving sand.